I’ve finally left Vama Veche today after staying far longer that I had intended. If you happen to get there, I can highly recommend Elga’s Punkrock Hotel, the people running this place are super nice.

I’m in Varna, Bulgaria now. Getting used to stuff being written in the Cyrillic alphabet although at least here at the coast which has some tourism and in the city quite a few of the signs have both Cyrillic and Latin letters. Also am pleasantly surprised by the good english skills of everyone I tried to talk to today.

The route was quite tough, 110km and some steep climbs. Also had another flat tire. Guess it’s about time I get to Istanbul where I hope to find replacement tires, the back one is quite worn down now (I did not start the trip with new tires).

Cycling here feels a bit different from Romania. There most villages and small towns are very long and thin along the road so you see the whole place riding through. As they are so long often the next village would start right at the end of the first one. Here in Bulgaria (the small part I have seen so far) you don’t get to see the villages/towns at all sometimes if you stay on the main road, the places will be next to it or even a few kms away.

The other big difference: I only saw one single dog for the whole day between crossing the border and arriving in Varna. I think I did not write about the dogs in Romania so far. There are so lots and lots of them there (both domestic and stray ones) and it took me a few days to train myself to the right behavior that will keep most of them away: make a point of ignoring them, don’t look at them. Keep riding at normal speed and don’t react even if they come chasing after you, then they will leave you alone after a little while. I was really proud the first day that behavior had not a single one come after me :) This works especially well with the stray dogs, of the 3 situations I was actually afraid it was two times guard dogs jumping through holes in the fence, those seemed much more aggressive. The third time was stray dogs but in a group of 10 or 12 but even there ignoring them worked.

Despite being tired after the long day I took a quick walk in Varna. Looks like a really nice place. There is a big pedestrian zone in the center plus many parks and all that right next to the beach (which is more of an endless line of beach themed restaurants but does look quite inviting). Pictures below. 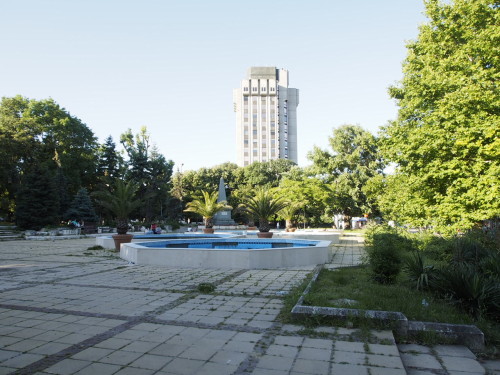 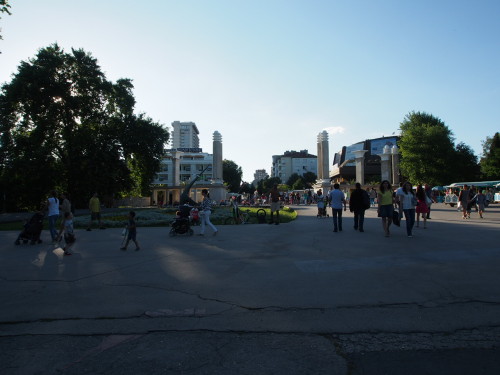 Pedestrian Zone near the beach 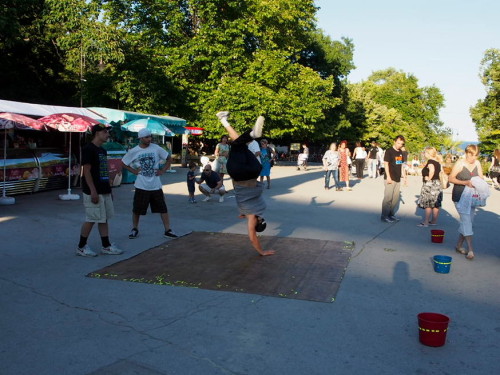