I cycled through the endless plains of the Free State to Bloemfontein and then cheated a bit to save time and took the train to Port Elisabeth. Cape Town, my final destination on this trip is getting closer. 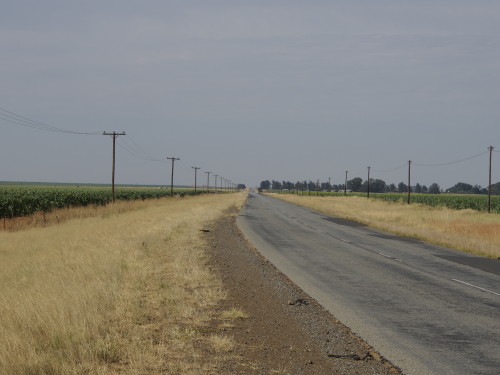 I was told that cycling through the middle parts of South Africa would be boring. I have to disagree although it is certainly true that there’s not a lot of fancy attractions to visit. But I really did not mind that, it is long stretches of straight road but if I did get bored I just listened to some podcasts and it’s all fine, I can cycle like that for hours and days. 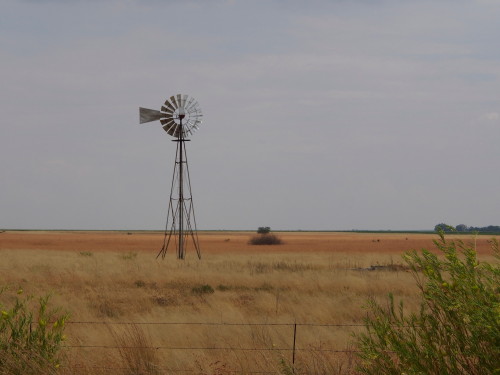 The hardest part about it was the heat, it got close to 40°C on most days. But as the landscape is all flat and the roads are good you can still cover big distances, over 100km/day are easier that ever here. 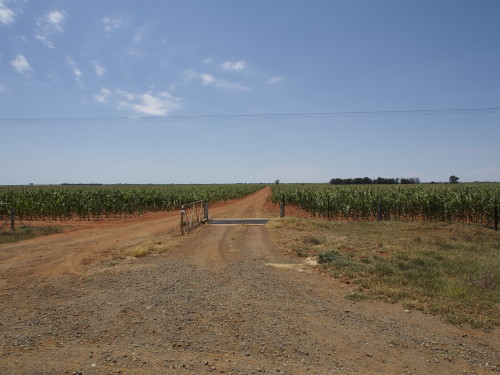 While there’s cattle farms at first most of the land is used to grow maize later. 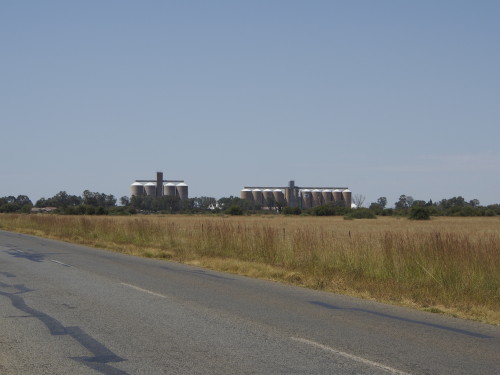 There’s humongous storage silos near every village or town in the area. 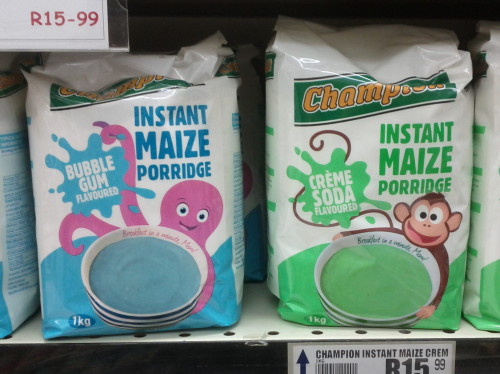 Speaking of maize… Here’s something really weired that they make out of it here. 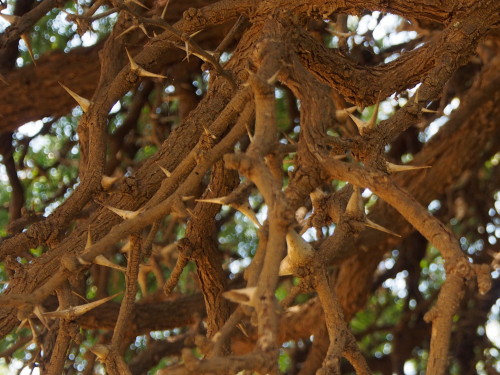 The thorns on some of the trees look rather nasty. 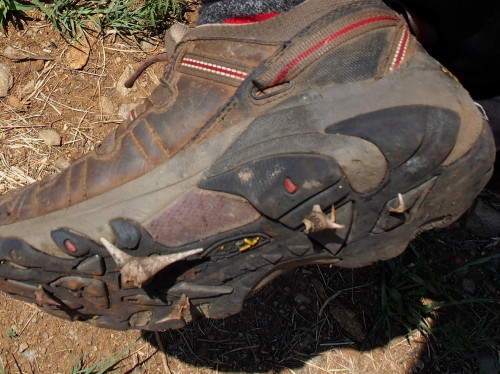 Fortunately I did not have a puncture for a long time (must have been over 1500 km since the last one) but those thorns get stuck in your boots quickly when walking through the grass.

After reaching Bloemfontein I decided I needed to take the train. I felt like I needed to save some time so I could still cycle the last part along the in a relaxed way and have enough time to visit some interesting places along the road there. Also looking at the map it seemed like all the roads from Bloemfontein in my direction are rather unpleasant to cycle.

I still did not like the idea of taking the train instead of cycling. When I call that “cheating” I’m joking, I never planned to religiously cycle every meter of that trip. What made the decision uncomfortable is that I feel taking the time to cycle through the parts that are supposed to be boring is what makes this trip and way of traveling special. You get to see all the places in between those attractions everybody visits.

Going by train here was pretty much the opposite of doing so in Zimbabwe. The train was all shiny and new. There’s even an electrical socket in the sleeping compartment – great. The train arrived one hour late but the journey took exactly as long as planned. What was really annoying was all the chaos before getting on the train. I failed to get a reservation by phone because the idiot I talked to was not very helpful at all. Then the ticket counter on the train station is closed all the time, you can only get the ticket 2 hours before the train arrives. And even then they would only sell me a ticket for a seat instead of a sleeping compartment but told me to come back to the counter and upgrade the ticket while the train is in the station… WTF?! And don’t get me started on the guys handling the luggage, the one who wanted to help me loading the bike disappeared as soon as the train was in sight. And the ones loading the cargo cart made me stand and wait 15 minutes in front of one of the doors (I was in a hurry because I needed to get back to the counter to exchange my ticket) for no apparent reason – and then finally decided I need to move my bike through the other door that they previously told me cannot be used…

At least after all that the ride was quite comfortable. 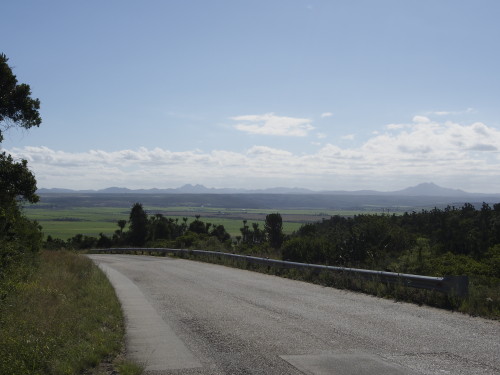 Arriving in the morning I did not stay in Port Elisabeth but continued towards Jeffreys Bay right away. Cycling is quite different suddenly. No more flat landscape. And the temperature is 15°C lower. 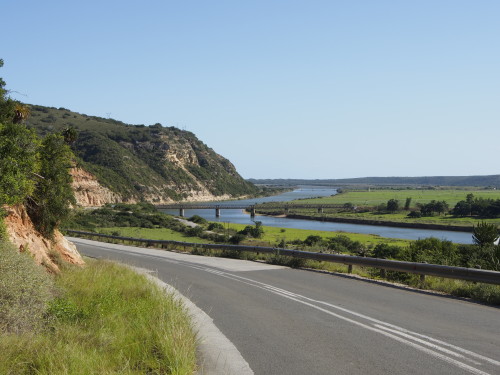 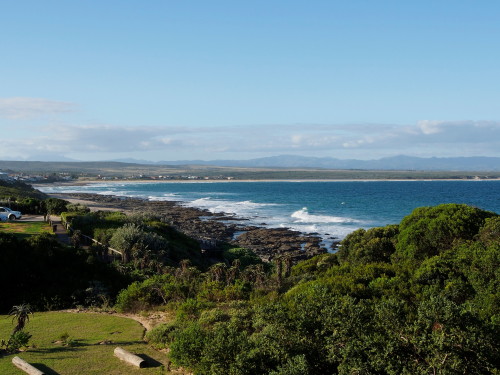 Jeffreys Bay is famous as a surfing spot (but apparently it’s not the right season of weather, I did not seen anyone surfing). 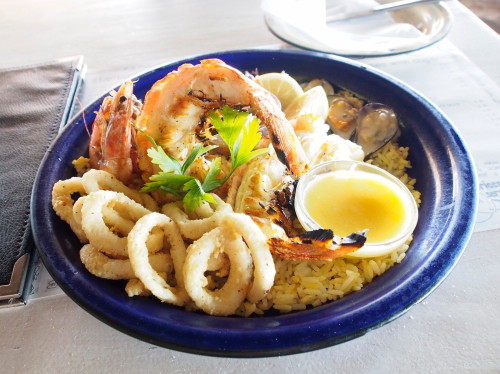 And I have other priorities anyway when I get to the coast. Finally, other seafood that the ubiquitous fish and chips. 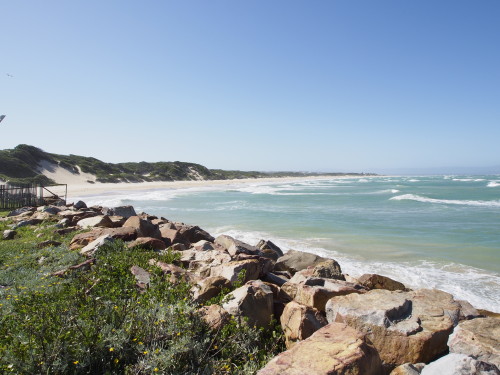 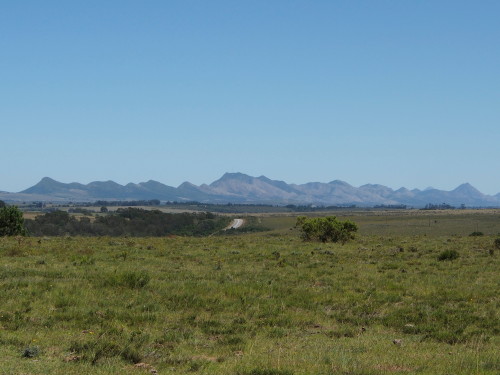 After Jeffreys Bay the Tsitsikamma Mountains come into sight. 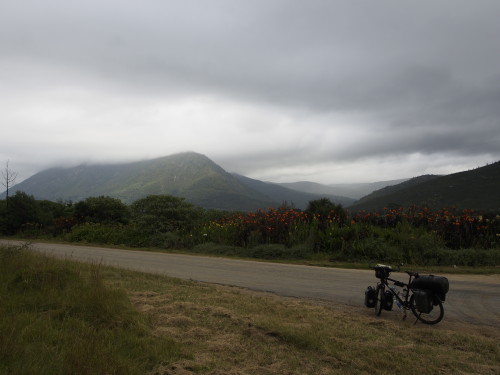 Unfortunately on the second day there it rained all afternoon and I did not see to much of the landscape as the mountains disappeared in the mist. 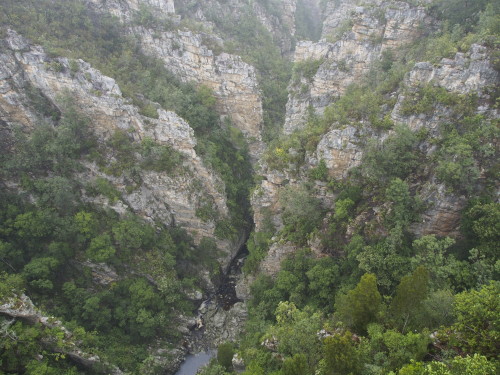 But even in the rain there’s still impressive gorges to see when crossing the rivers. 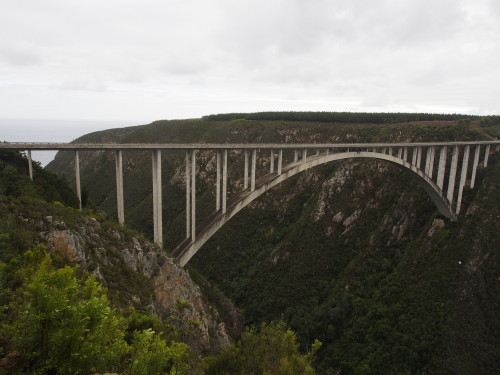 Here you can even do bungee jumping off the bridge. They claim its the highest bungee jump in the world (the bridge is 216 meters over the river).