I made it to Cape Town, my final destination for this trip!

Of the last few days Tuesday was the worst. The weather forecast predicted 44°C but when I met the guys riding the Cape Rouleur cycling tour the next day they told me they had to stop when temperatures reached 53°C. I was off the main route on a dirt track then but luckily there were farms around, I managed to climb a fence and get soaked under an irrigation system to cool down a bit. 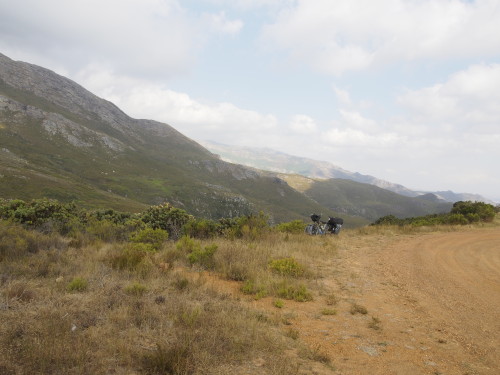 The day after that was the last climb up Franschoek pass. 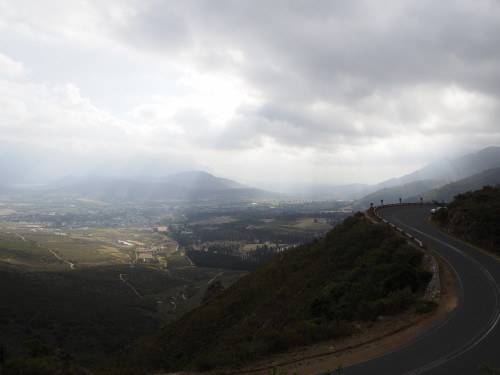 The weather had completely changed to windy and overcast. 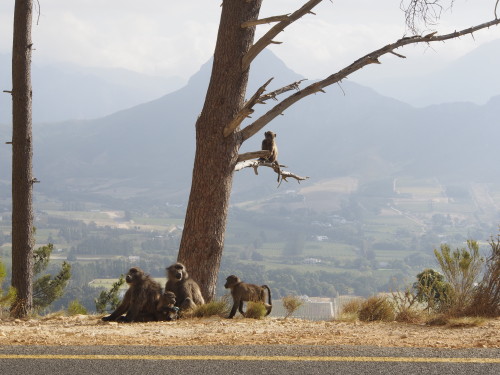 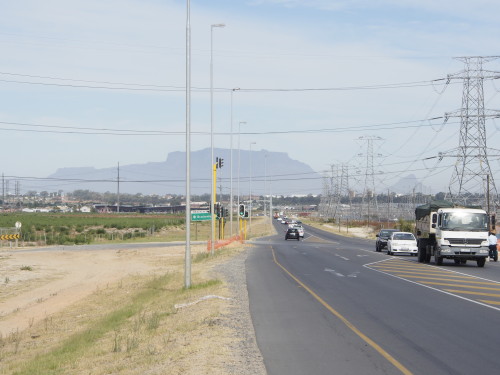 Just after passing Franschoek and Stellenbosch I get the first glimpses of Table Mountain in the distance. Almost there! 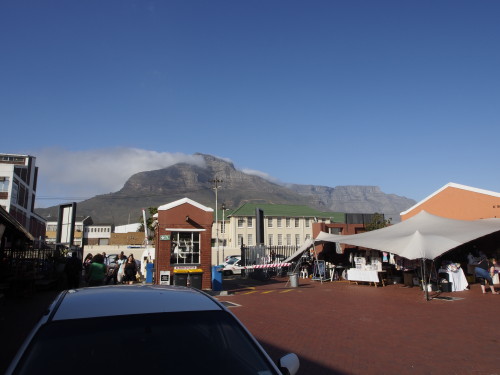 A better view when we went to the Old Biscuit Mill the next morning. I met Gary once again, my warmshowers hosts from Gaborone and Ralf and Maren from Hamburg who I kept hearing about when they apparently always cycled a few days ahead of me. 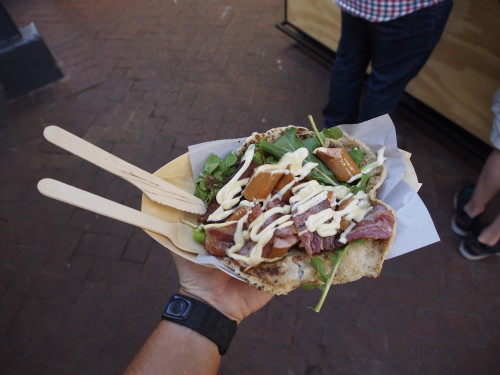 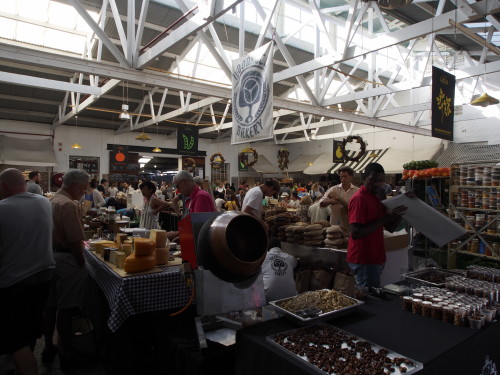 There’s loads of great food there… 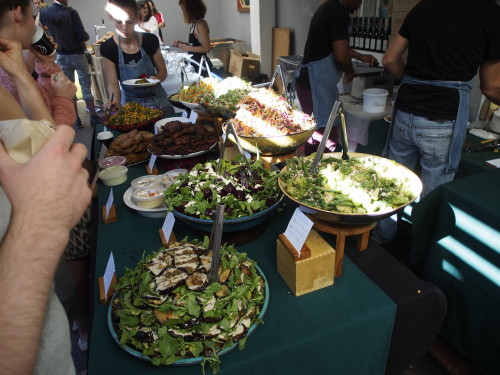 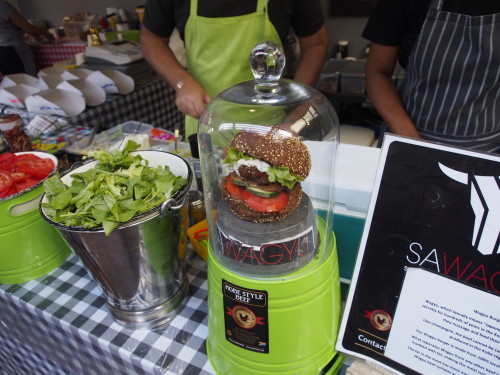 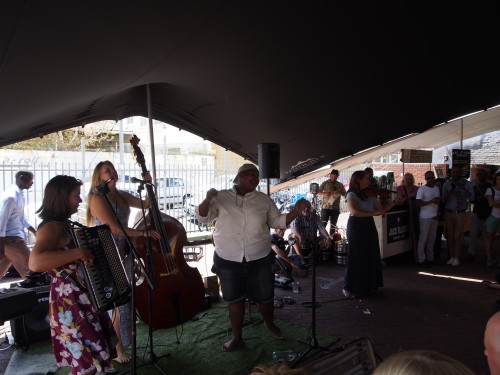 We all had signed up for the Cape Argus cycling race. It’s the biggest timed cycling race in the world with over 35 000 riders participating. Normally it’s a very scenic 109 km route but this year there were severe fires for days before the race and some parts of the road were considered unsafe so the route had to be shortened to 47 km. 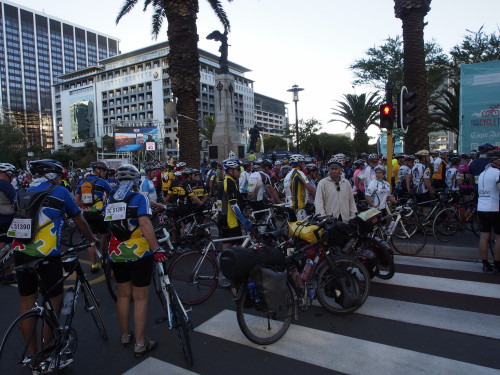 Because we had to cycle much less than anticipated and we would not be able to compete with our heavy touring bikes anyway Gary and I decided to show up with full panniers to the race. 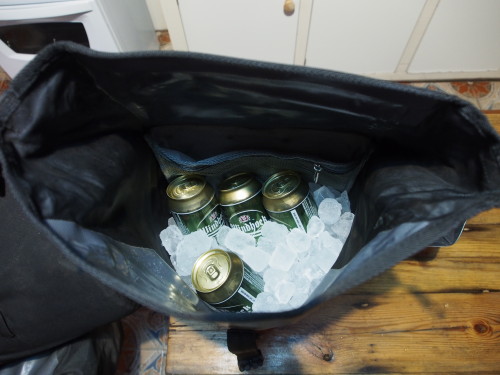 And here’s how we each packed one of the bags. 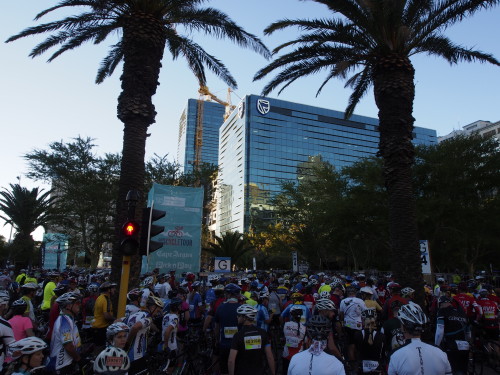 It really is a huge event… 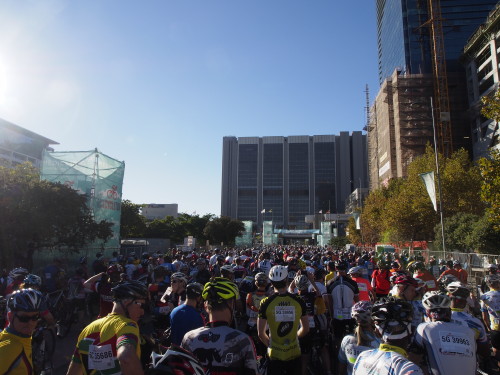 All ready to go, waiting for the start signal for our group at 8:30. I don’t have the official timing yet but I think I managed to finish in under 2 hours. Watching people’s faces in the rear view mirror after I passed them on their road bikes with my loaded, heavy one was priceless. I guess not everybody has been training on a daily basis for the last year like I did ;) 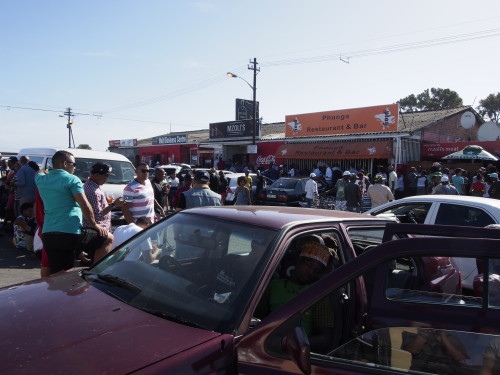 After the race we rode to “Mzoli’s” in Gugulethu to celebrate with a big heap of meat. The place is quite popular, we waited forever until we could finally buy a tray full of sausages, lamp chops and beef… 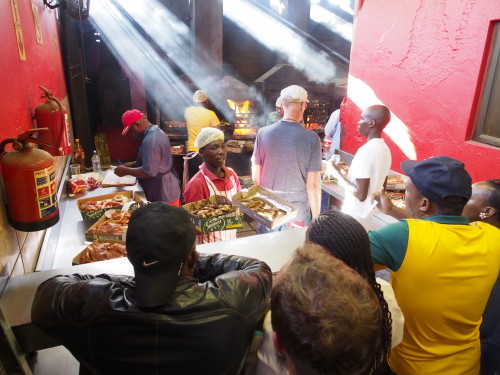 …and then wait for another hour until there’s space on one of the grills in the back of the store. But it’s worth it, the result tasted great.