Thursday was the second day of cycling and it started with a real trip down memory lane. After staying in the village and even right next to the where house I lived over 2 decades ago I rode along the way I used to cycle on an daily basis to school. And next I passed by another house where I lived even earlier. There was an overwhelming feeling of “nothing has changed here” walking around that area. But really that was just me noticing small details that I remembered while a lot actually has changed and looks quite different. 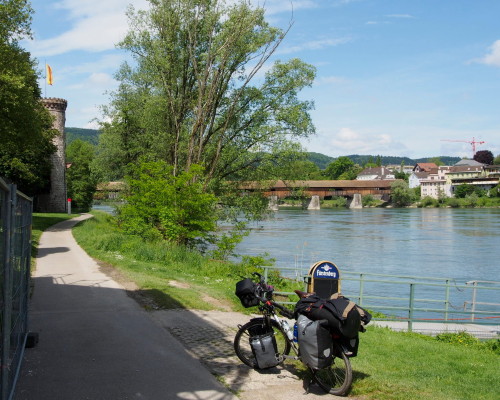 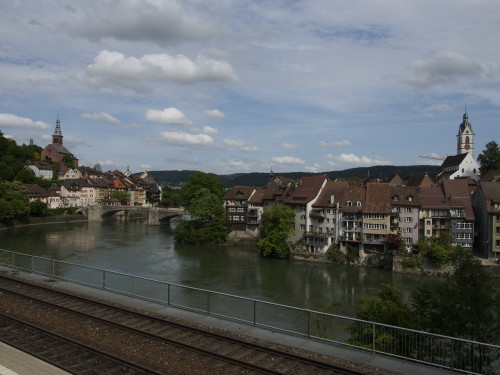 The afternoon then consisted of a pretty enjoyable ride in nice weather mostly along the Rhine. Had my first 2 border crossings. No, I’m not past Germany and Austria yet, that’s only because I took a shortcut through Switzerland.

I also met the first other person on a long cycling trip. Unfortunately we did not have any language in common so communication was quite limited. 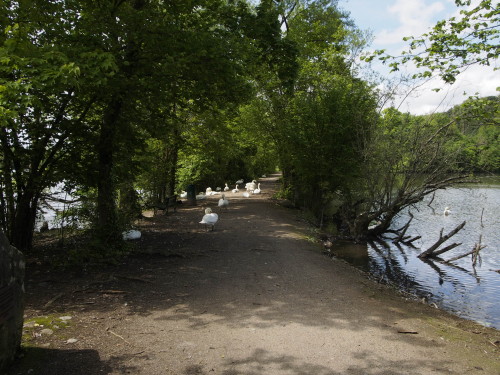 And finally here’s something I did expect but not so early: wildlife blocking the road. I’ll consider this an easy practice run for much bigger animals to come.