I’ve been traveling through the most beautiful landscape for the last 2 days. But especially today it was also quite hard as it is very hot and hardly any shadow to be found. Also there’s no villages for long stretches of the way so you can’t just stock up on water every other hour. Well, that might be good training for the things ahead of me ;)

Had my first punctured tire today after 1979 km. I’m at 1997 km now so the next round number is just around the corner.

But let me tell all that in more detail with some pictures: 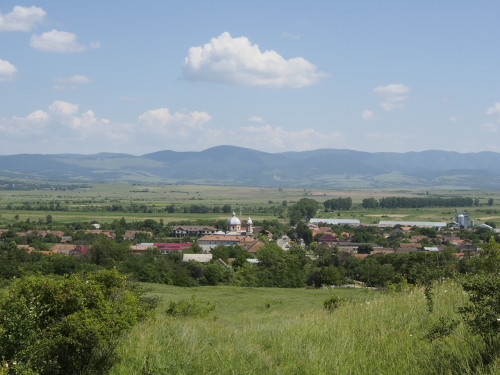 This should really have been in the previous post… Here I’m approaching the Banat mountains from the north. 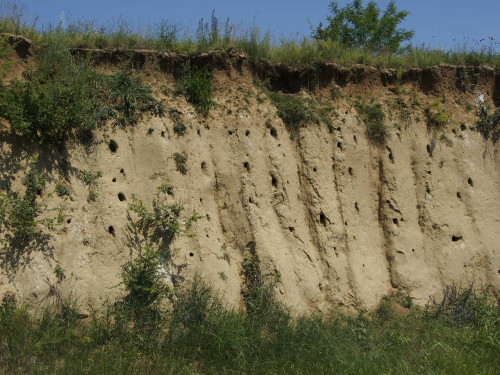 Bids nesting in holes along the street 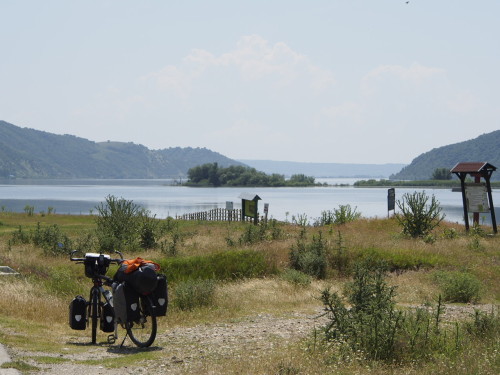 Re-joining the Danube after going around the Banat. 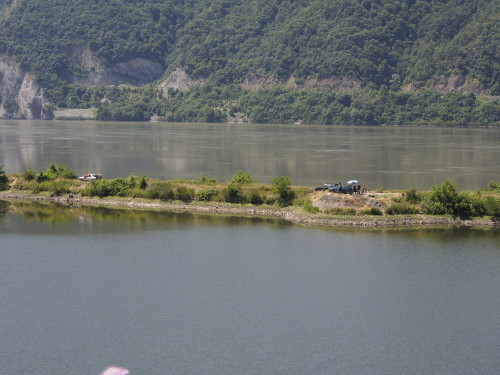 As it was a public holiday today some parts of the shore were crowded with people fishing. Most would just park their car by (or on) the road, pitch a tent, prepare a BBQ and get out the fishing rods. Sometimes there was a group every few meters for several kilometers. 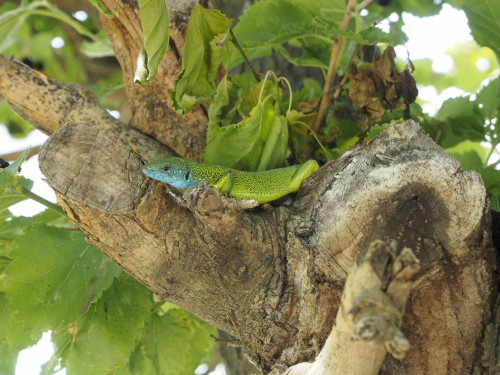 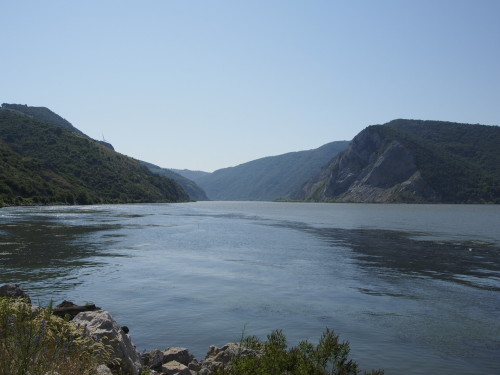 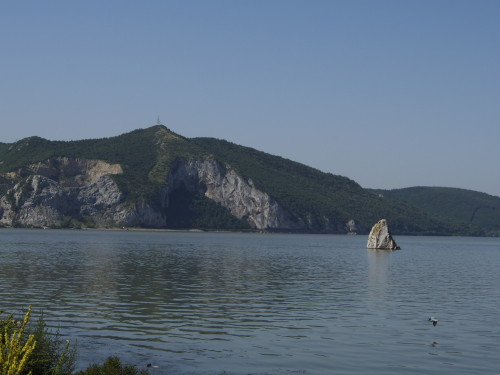 The landscape gets really impressive as the Danube squeezes through a sometimes rather thin gorge with high mountains on the sides. 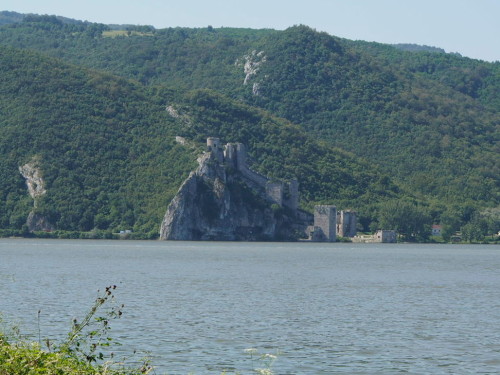 Golubac castle on the Serbian side of the river.

Huge caves in the rock. 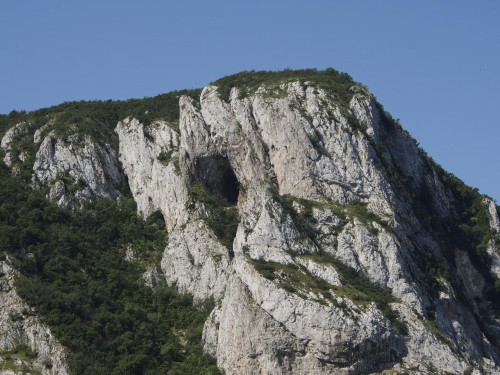 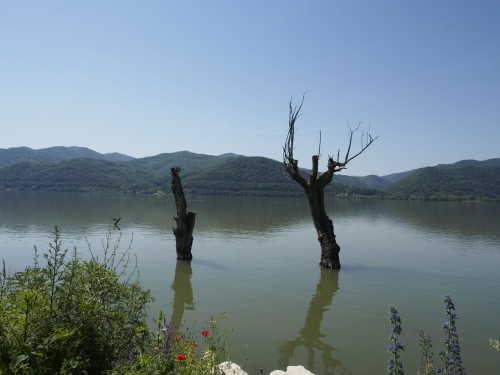 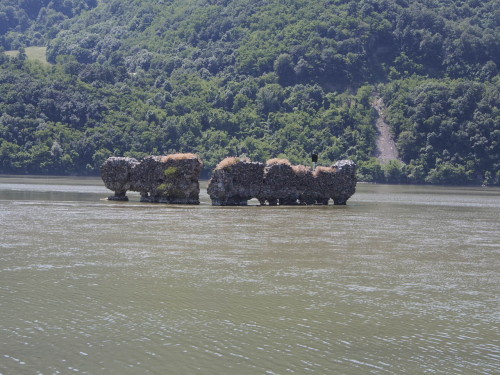 The remains of Drencova fortress, erected in the 15th century, now partially submerged in the river. 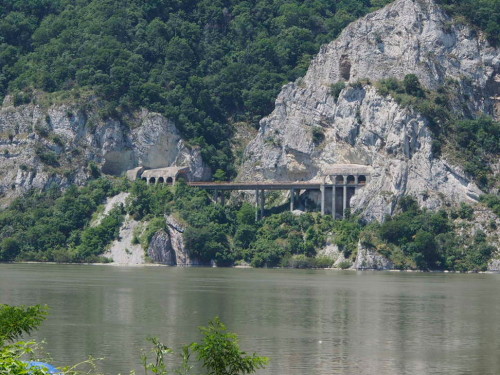 The road on the Serbian side. 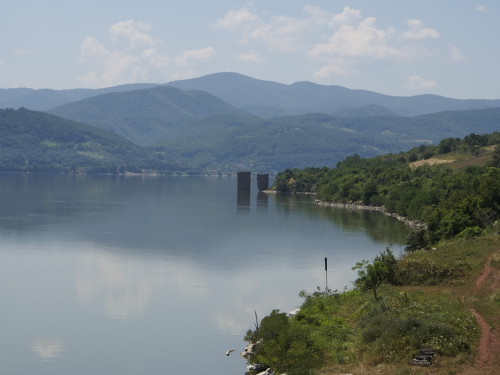 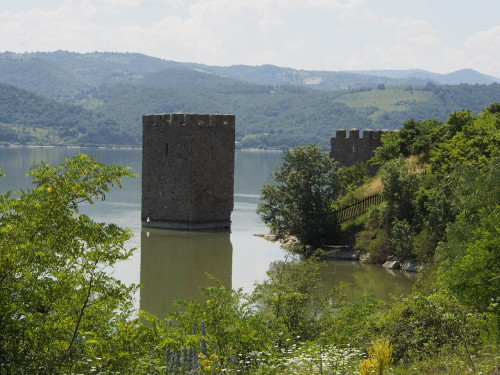 Another old fortress that became submerged in the river (aparently by some hydroelectric plant project but I haven’t seen that yet): Tricule castle. The name means “three towers” but now there are only two remaining after the third one collapsed. 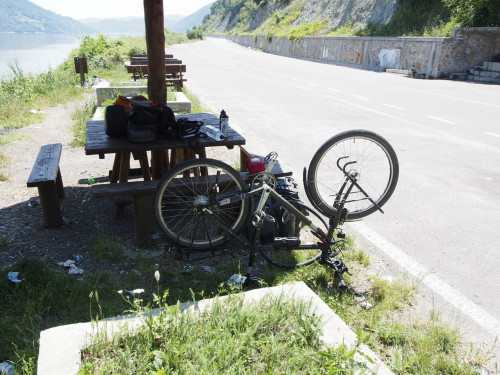 A rather innocent looking little stone was embedded in my tire – must have hit it at some really unfortunate angle, it wasn’t even very sharp. But I was lucky, just as I noticed the flat tire I was approaching a spot with some benches, tables and – most important – an umbrella for shadow. 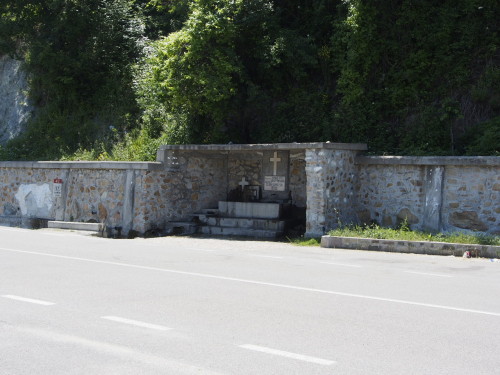 And not only that, there was also this well with fresh, cold water. That was a real pleasure as the last place I was able to get some water was over 40km back and the little I had left was hot by now of course. 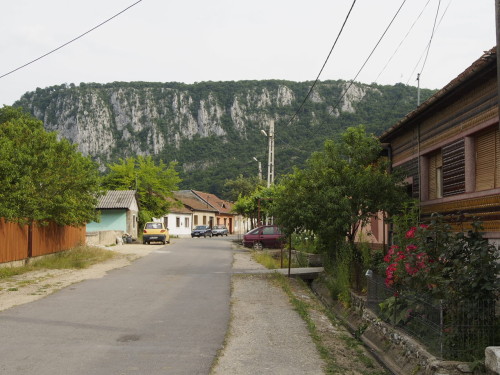 As I got tired quickly after having to cross some mountains in the intense heat so I stopped early in the village Dubova.

This is where I’ll continue tomorrow. 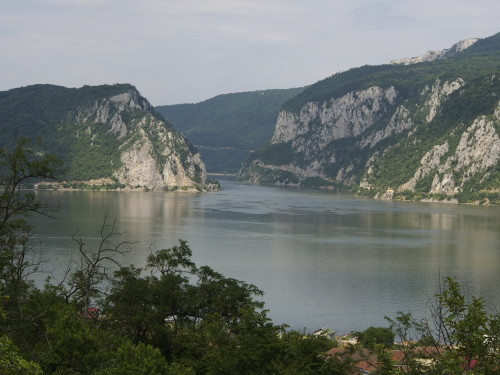