So after cycling through Wallachia for over a week I arrived in Constanța yesterday, the biggest Romanian city on the Black Sea coast. I have to say I’m glad to be here. While it sure was some relaxed cycling all the way it got a bit dull towards the end, there is not too much interesting stuff to see after passing the iron gates.

As I said in the last post most people I met there are very friendly (imagine buying a soda, the store owner sees the bicycle and offers to lubricate the chain) but with me not knowing Romanian conversations tend to be very limited. Being on the Danube track again I did meet a bunch of other cyclists from Australia (check out their blog here), England, Finland, Austria but most of them French (including a couple cycling with their 4 kids).

The last part of the way turned out to be difficult. I knew that I’d have to cycle on the highway a bit after the first 60km on smaller roads but I have done that before here and it has never been an issue so far. But that part of road yesterday did look too dangerous to cycle, especially as there was pouring rain all day which limited visibility severely. So I first tried to hitch a ride with a truck big enough to load the bike but hardly anyone seemed to go in my direction to I gave up and took a train. That involved 3 hours of waiting in wet clothes and dealing with an unfriendly asshole of a conductor. But also meeting friendly strangers who helped with the non-trivial task of getting all my stuff into the train on a station without an elevated platform.

Starting tomorrow the weather is supposed to be sunny again so I’ll do the only reasonable thing: cycle a bit further south, find myself a nice spot on the beach and don’t move unless the beer is empty ;)

Here’s some more Details of the previous week with pictures: 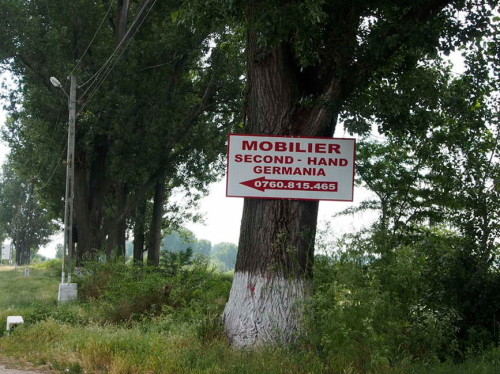 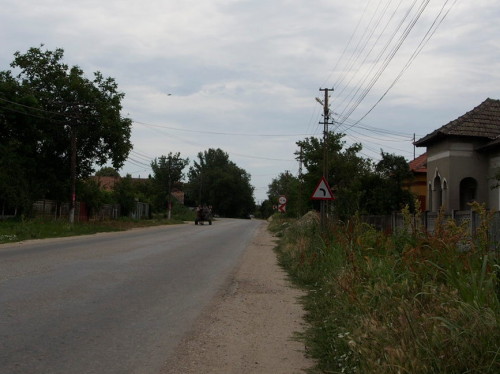 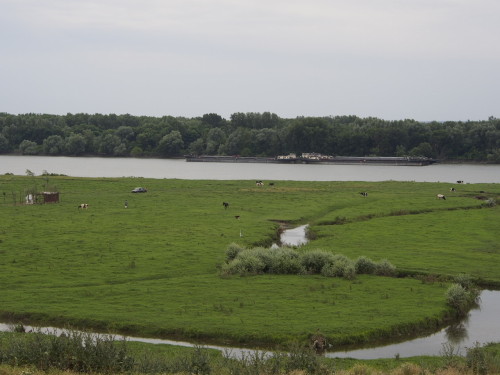 No, that’s only a small part of the river, the trees in the background are on an island. 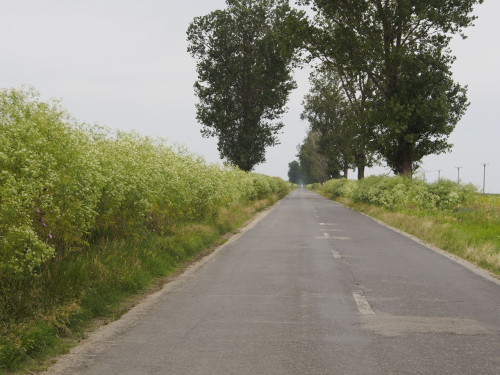 Not so common but an impressive sight: a straight road as far as you can see. 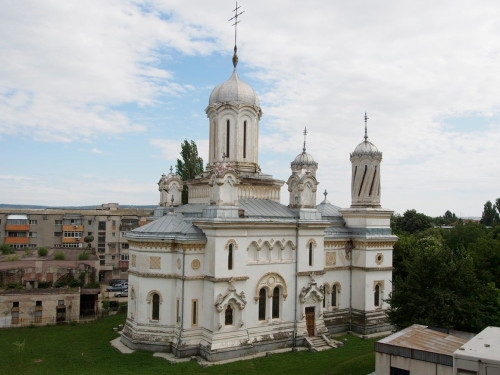 The church in Turnu Măgurele 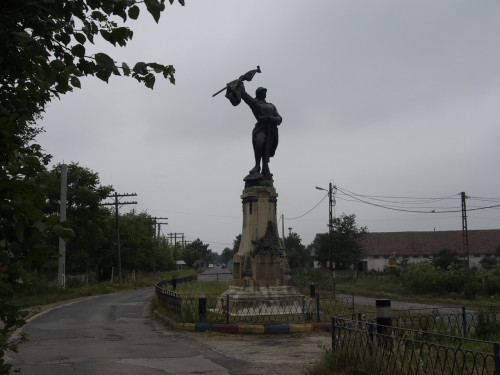 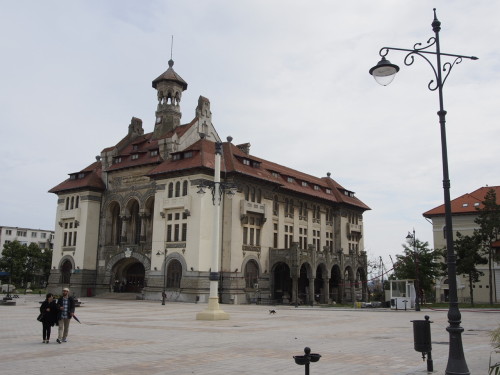 Arrived in Constanta (Museum of History and Archeology) 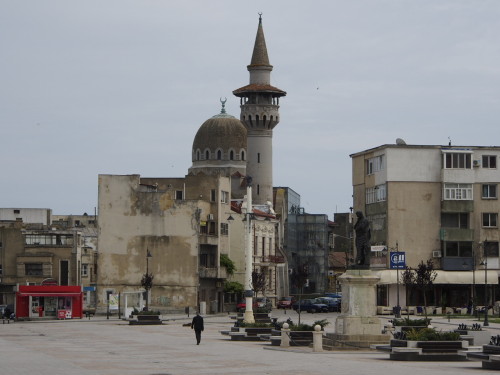 Ovid square with the statue of the roman poet who has been exiled here and the mosque in the background. 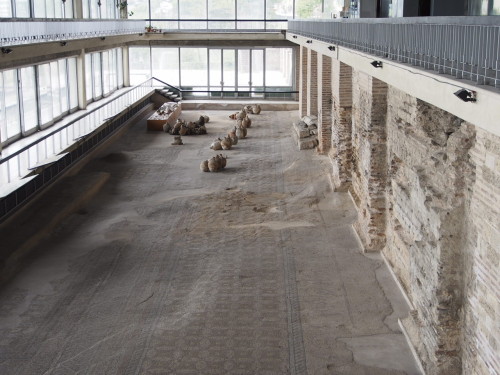 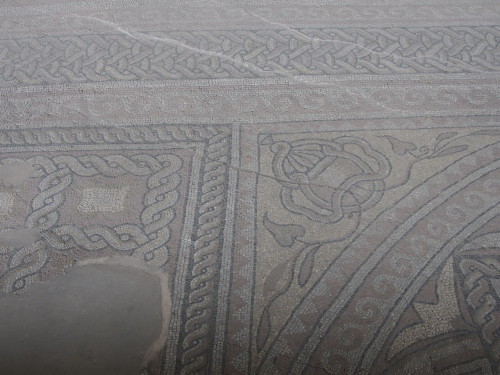 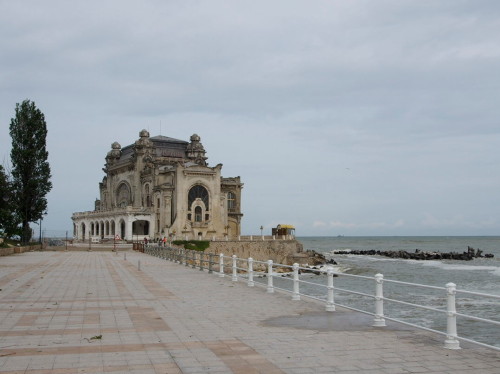 But the most impressive thing to see is the old casino right on the coast with the huge port in the background. 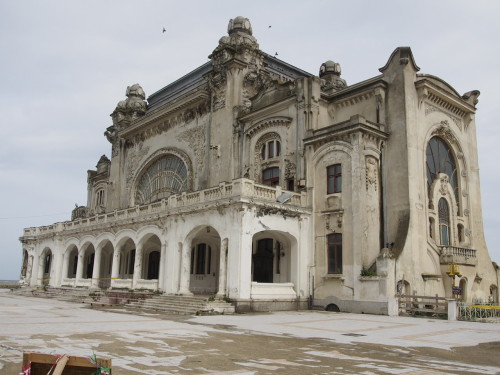 Apparently there’s impressive stuff (chandeliers etc.) inside but it was closed and I did not find a way too peek inside 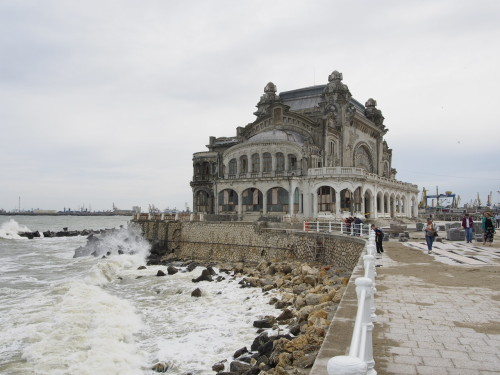 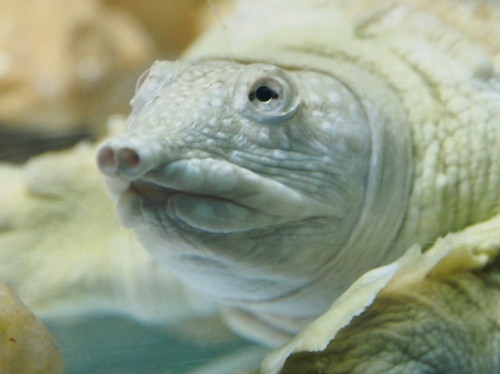 Welcome to the aquarium 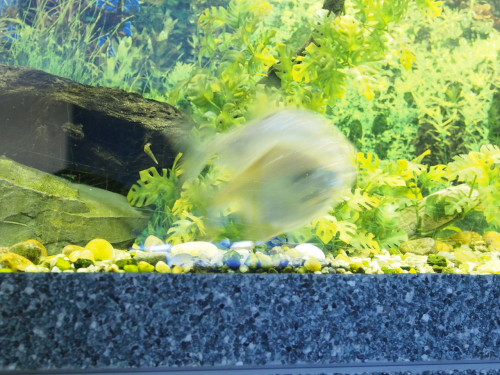 That blurry thing in the middle is two mating piranhas. 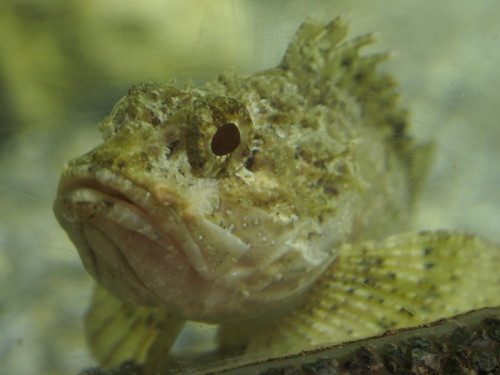