I’m still in Kigoma, waiting for the ferry that should leave for Zambia on Wednesday (but I’ll disembark before crossing the border and stay in Tanzania for now). I want to go to Malawi first.

Kigoma is a nice place with great beaches (and the weather was very beach-compatible) but there’s not that much to do so after 10 days here I’m looking forward to move on.

On Saturday I visited nearby Ujiji. While Kigoma gained it’s status as the region’s capital during German colonial times when the railway was built, Ujiji was around way before that. It used to be an important place in the trade route, infamous as the starting point from where people captured and sold as slaves were marched for well over 1000km to Bagamoyo to be loaded on ships there. The number of people living in Ujiji declined significantly with the rising importance of nearby Kigoma but also because the lake’s water level went down and water supply in Ujiji became a problem. I was shown the former location of the lake shore and it is quite a few hundred meters from there today. 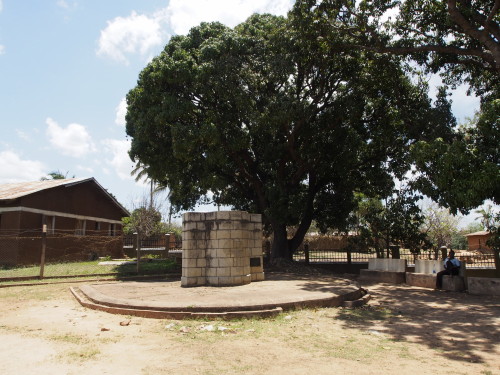 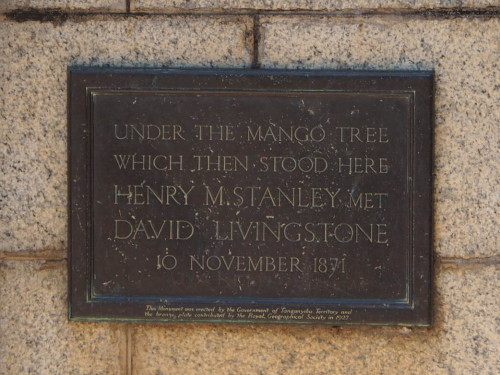 Ujiji is famous as the place where the first Europeans (Burton and Speke) saw Lake Tanganyika and the memorial shown hon the picture reminds of the meeting of Stanley and Livingstone (“Dr. Livingstone, I presume?”) that took place here. Livingstone seems to be held in high regard around here, mostly for his work to abolish slavery. 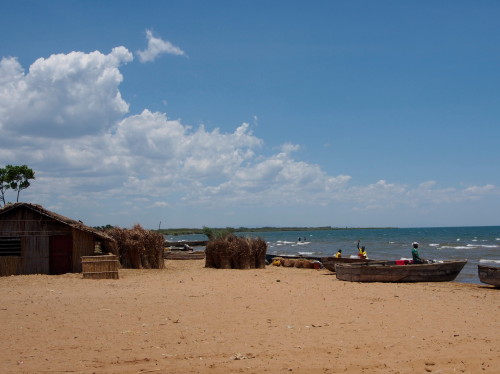 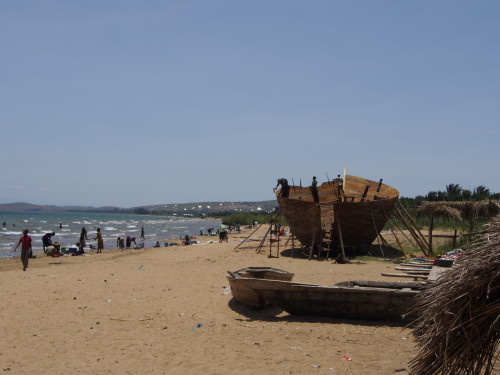 The beach in Ujiji with people building boats. Whats always strange with these big freshwater lakes for me: they look like the sea but there are some hints that it’s freshwater and not brine. Sometimes its Trees growing in the water, here it’s all those people washing their clothes. 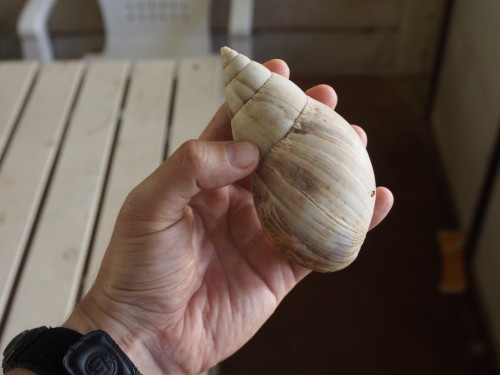 Found this guy along the road. 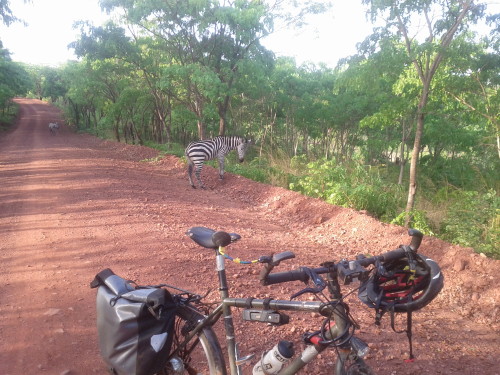 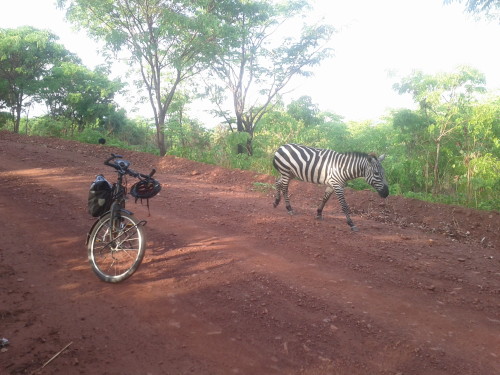 Some Zebras (which are obviously used to humans, otherwise I would not have been able to get that close). 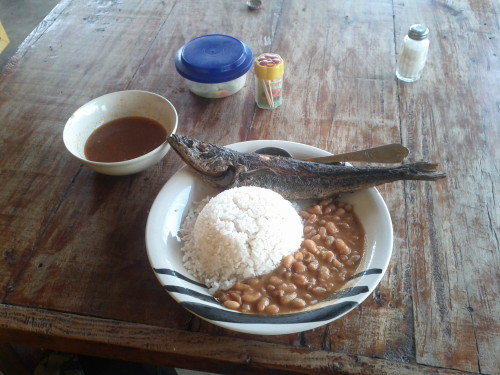 For a place right on the shore of a big lake the answer to my usual question “Una samaki?” (“is there fish?”) in restaurants was surprisingly often negative. Here I was lucky. 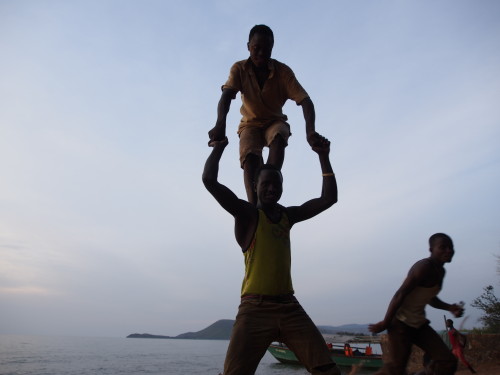 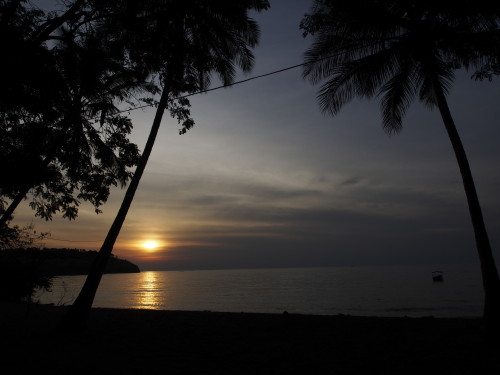 Another strange thing with this lake: it’s very long and narrow, the other side (which belongs to Congo) is only about 60 kilometers from here. During the day you can never see that other shore, it looks like there’s water up to the horizon. But in the evening when the sun sets behind the mountains in Congo you can suddenly see those and they don’t seem that far away at all. Quite confusing when I noticed that for the first time.