After 2 weeks there I left Bukoba on Monday. I hope to be in Kigoma in about a week.

I liked staying in Bukoba once again (I think I have been here 6 or 7 times now). It was nice meeting old friends there and making some new ones.

I’m still far from able to have an elaborate conversation in Swahili but I feel confident about the basics (asking for accommodation, buying stuff, ordering food, bargaining). And I’ll get more practice every day now.

Here’s some pictures from Bukoba and a trip I took on Saturday to a nearby place where you can see ancient rock paintings.

Bukoba seen from the surrounding hills. It’s just a few minutes walk from the center to the beach. 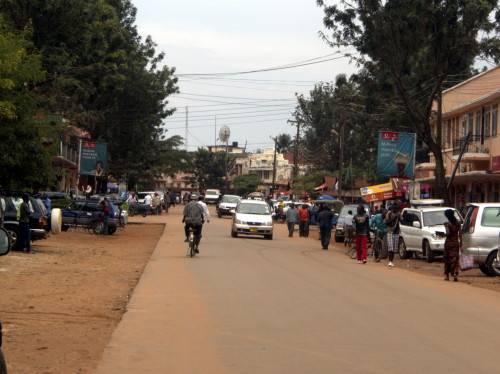 The main road in the center. 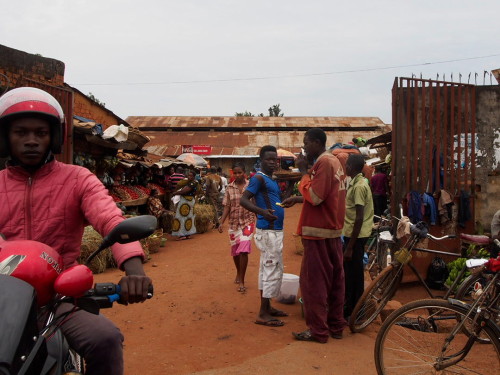 Entrance to the main market 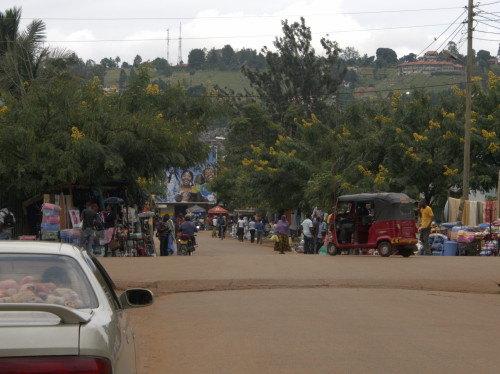 A smaller market along some road. 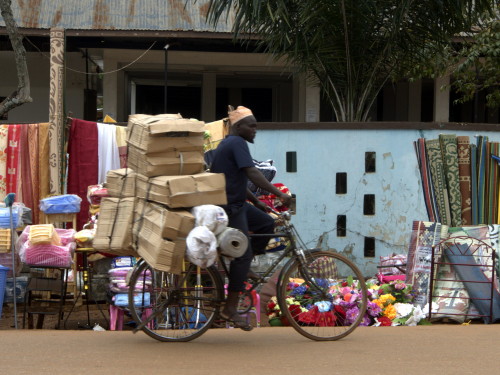 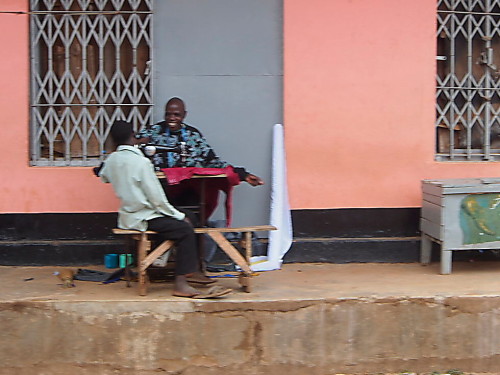 Many services are offered along the streets, like repairing clothes. 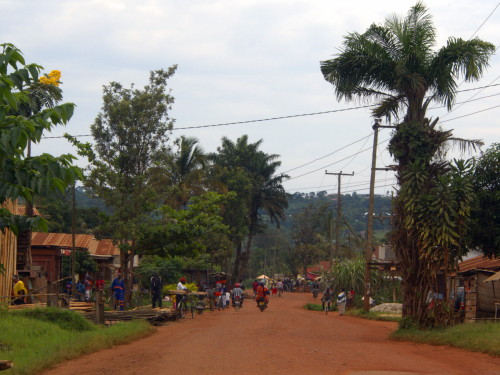 Once you get out of the center it almost feels like a village. Apparently the town has grown a lot recently, some of those suburbs are just a few years old. 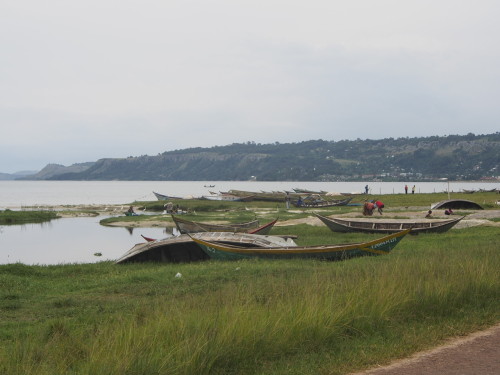 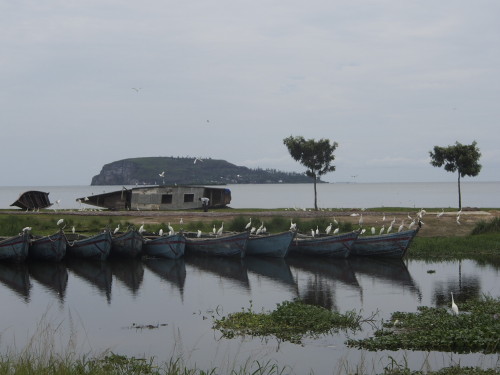 There’s many fishermen. Here they prep their equipment, most of them go out on the lake at night, catching fish that they attract with lights in the darkness.

There’s a fish factory right next to this beach that buys the fish they catch and processes it for export. If you want to sample the result, there’s frozen fish fillets from Bukoba available e.g. at “Kaufland” supermarkets in Germany. But first go and watch the documentary “Darwin’s nightmare”. It’s about the effects of the fishing industry in the region and explains how most other species of fish got extinct after men introduced the nile perch into Lake Victoria. 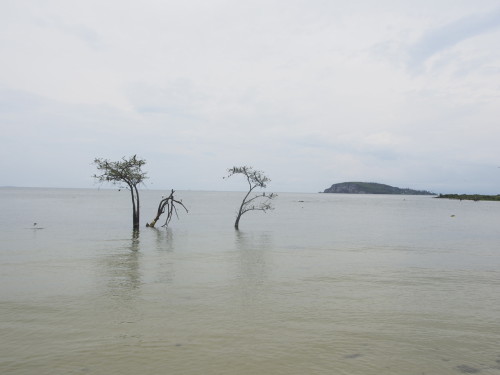 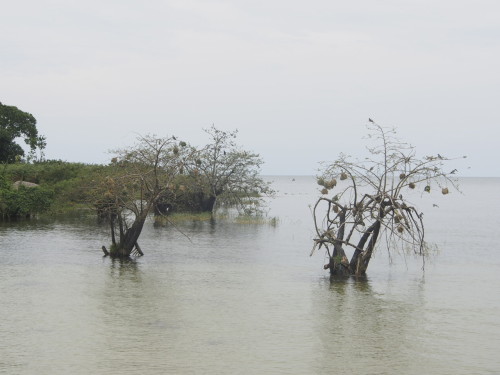 On Saturday I went to visit a nearby site to see ancient rock paintings. An old men living next to that site told us that they are estimated to be about 1800 years old. He also told us that the place is still popular with the local people to take a rest as it provides shelter from the sun and rain.

I’ve already visited the more famous rock paintings in Kolo a few years ago. And just like on that visit there as soon as some people heard I was going they wanted to come along. We ended up riding there with 5 people in a motor rickshaw built for 2 passengers 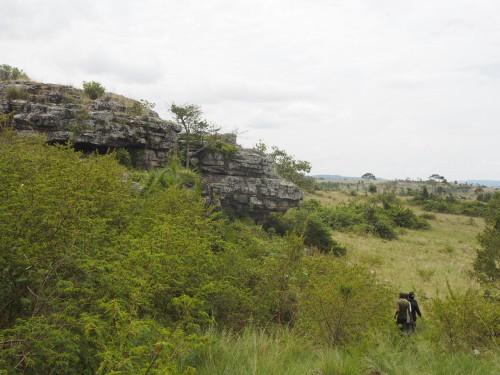 Walking to the first cave 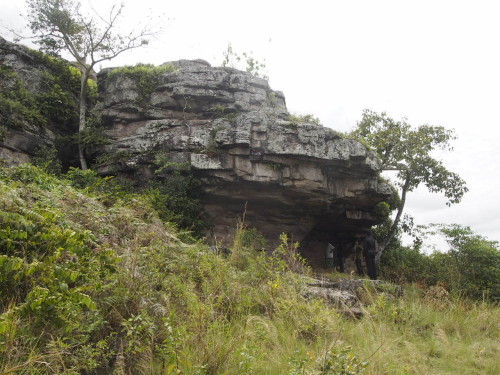 All of the paintings are in small caves like this one. 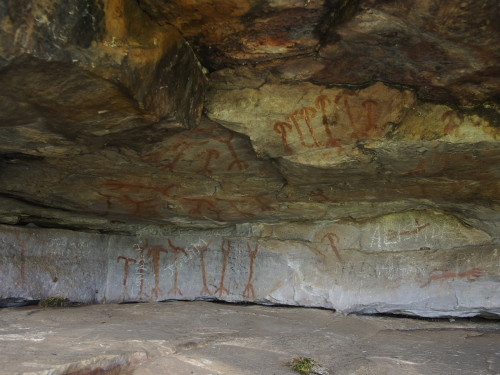 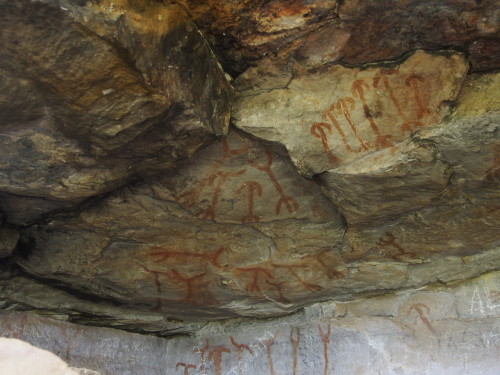 Some of the paintings up close. 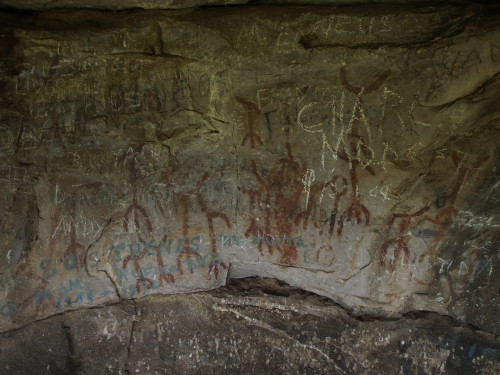 Unfortunately most of them look like this. People have written stuff all over them with chalk and charcoal. Make up your own mind whether that’s modern rock painting of vandalism of ancient art. 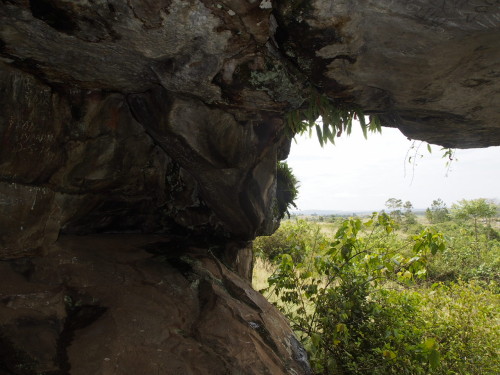 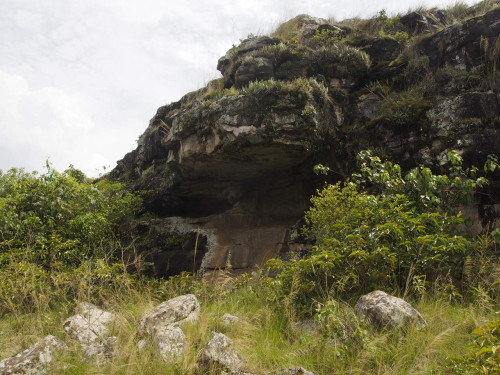 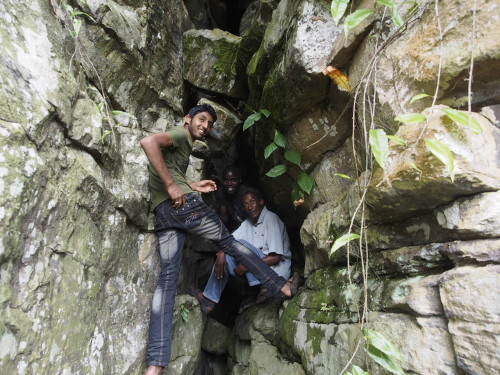 The driver and some of the guys that came along. 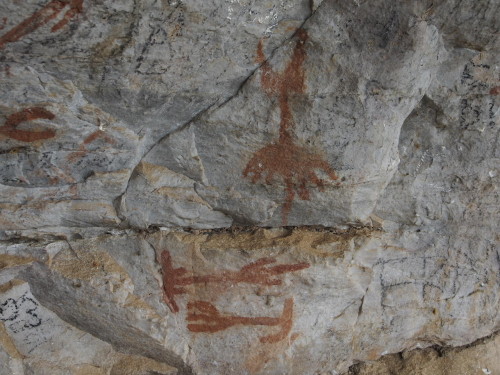 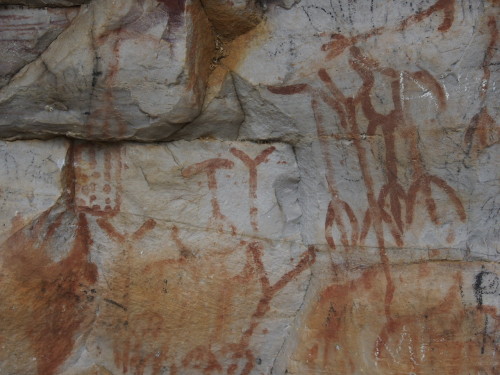 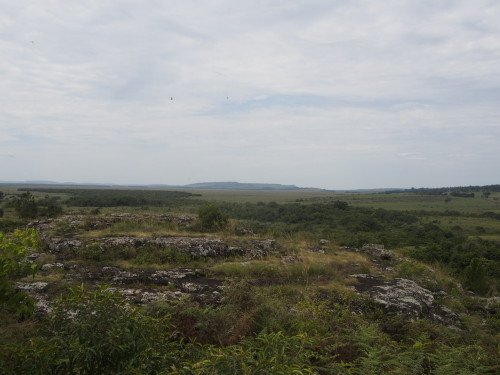 The caves are under rocks like this one. The flat area in the back is a huge swamp.