I’ve climbed from the 770m meters of Lake Tanganyika to almost 2000 meters of altitude near Sumbawanga. Parts of the road from Sumbawanga to Tunduma are still under constructions but even those parts were quite nice to ride. There’s always people around but only very little traffic. This changes after Tunduma. Because of there border crossing to Zambia there are many trucks on the road. I hope to be in Mbeya tomorrow, from there go to Tukuyu and then cross into Malawi.

Here’s a few things I encountered on that roads during the last days riding there: 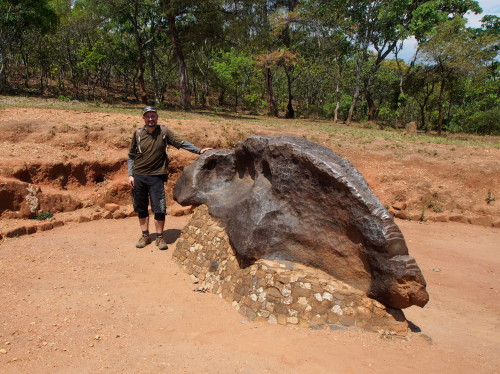 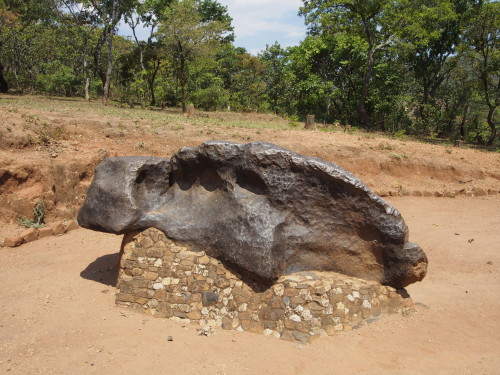 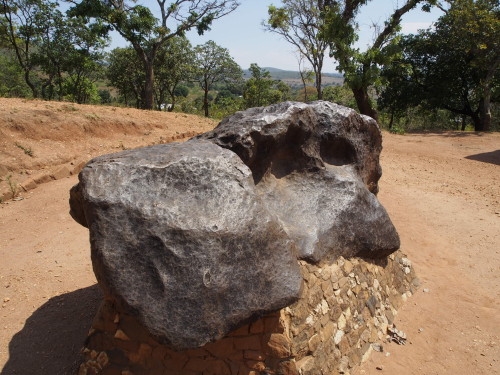 Today I visited the Mbozi Meteorite (here’s a nice article about it in German) which was just a few kilometers off my route. It consists mostly of iron, is over 3 meters long and is estimated to weigh around 16 tons which makes it the 6th or 7th biggest known worldwide. It is unknown how long it has been there since it’s impact but that must have been at least a few thousand years ago. It’s still at it’s original location but it used to be mostly buried and is now excavated.

Earlier today when I was taking a break at a shop two guys came along and started to talk to me. Turns out they are from Pakistan and on some kind of pilgrimage. They are walking all through Tanzania, planning to be in Dar es Salaam in 6 months to meet other Muslims along the way. They insisted I come with them to the nearby mosque where they where staying to meet the 3rd person that is walking with them. There were a few other people there just finishing their prayers and then I had to explain about my trip several times while we sat in the mosque and had peanuts and tasty treats from Pakistan. Everybody seemed to like how we are doing similar things (traveling a long distance by physical strength alone) but I guess they were a little puzzled about why I would do something like that without any religious motivation. 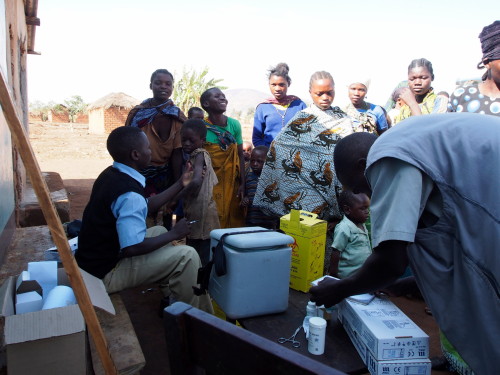 A few days before as I entered yet another village along the road I noticed something was different. There’s always children around, often waving at me shouting “Mzungu, Mzungu”, sometimes surrounding me or running after my bike. This time all of them were crying.

Turns out there were some doctors giving vaccination shots and they had rounded up all the children of the village. They all seemed to terribly afraid, the ones that had already gotten their shots were crying and the ones still waiting joined in. Some of the older ones tried to run away and had to be brought back.

And no, it’s not like the doctors treated them badly in any way, they acted very professionally. I talked to them and learned they are giving them vaccinations against a number of childhood diseases. I guess no child likes getting shots and this must have been a terrifying situation for them because they did not understand what was going on. At least it was for a good reason.