I’ve been in Malawi for the last few days.

I was planning to do some hiking in Tukuyu, the last Tanzanian city before the border. It’s way up at around 2000 meters and there are some crater lakes and a natural rock bridge to explore. But it was cold (well, relatively) and foggy there so I wanted to get out of there fast and continued right away. 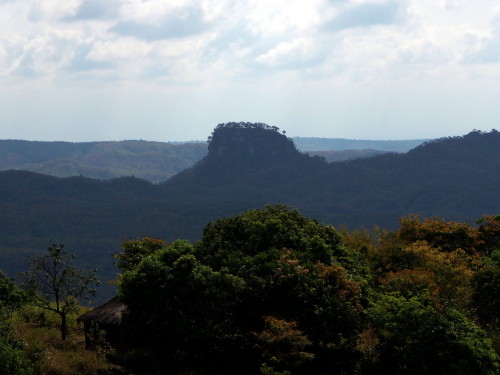 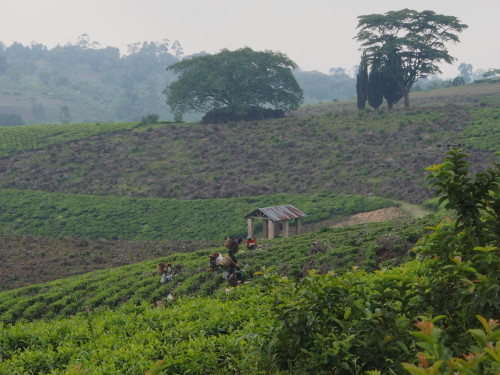 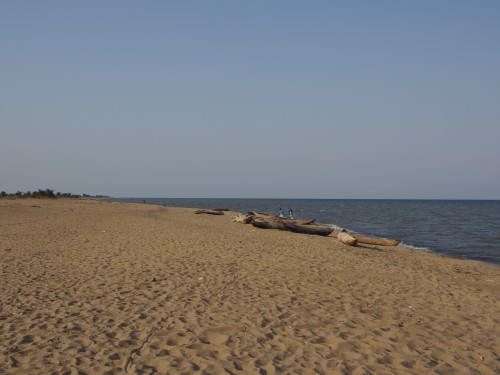 Crossing the border was hassle free once again. After staying the first night in Karonga I cycled to Chitimba. Cycling along the lake sometimes feels like seeing some stereotypical picture Europeans imagine when thinking about Africa: there’s mud houses, numerous Baobab trees, women and children carrying big basket of fruit and vegetables… 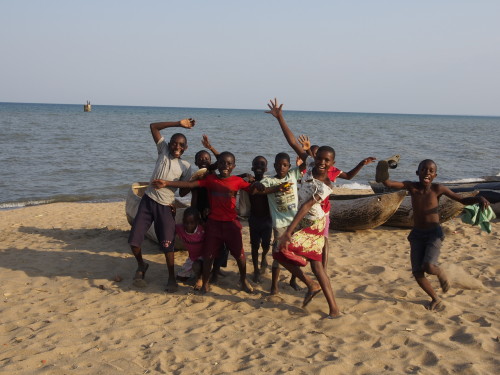 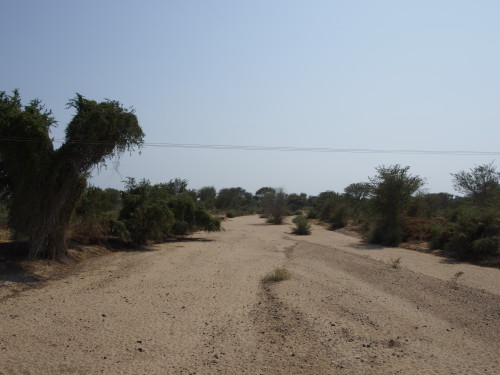 It’s hot and dry again. This is what most rivers look around here at the moment. 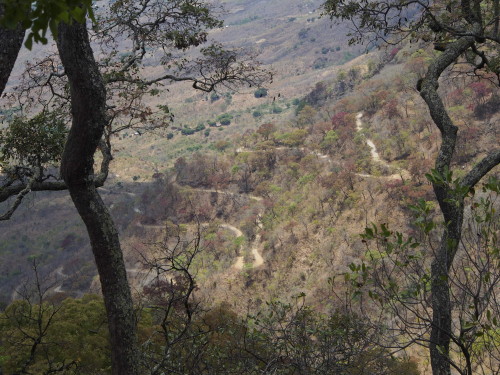 From here I walked up this road towards Livingstonia. That was quite exhausting but I guess that’s mostly my own fault deciding to go up in the middle of the day when it’s hottest. Luckily there’s a small source of drinkable water about 2/3 of the way up. 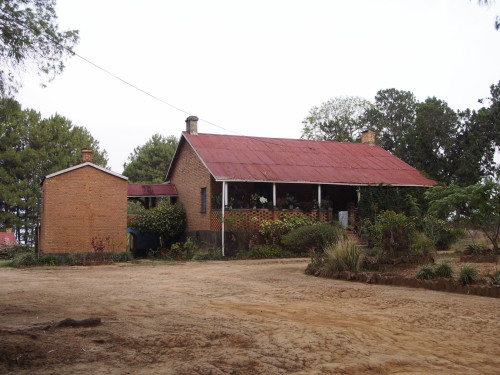 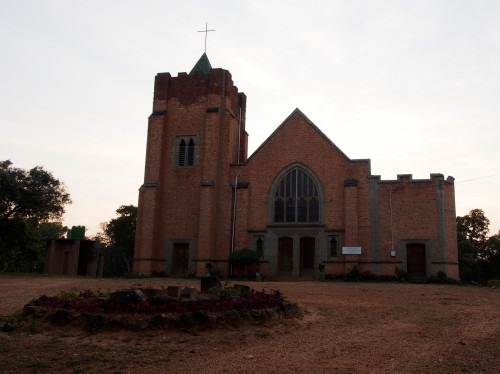 Houses and the church in Livingstonia. There’s even a University here. It was just before sunset when I arrived so I could only take a few pictures before it got dark.

There’s also a bell on a pedestal in the middle of town. It’s not in the church tower where it was supposed to go… because after they transported it all the way from Scotland where it was cast to Livingstonia they dropped it while unloading it and it suffered an irreparable crack. Well… D’oh! 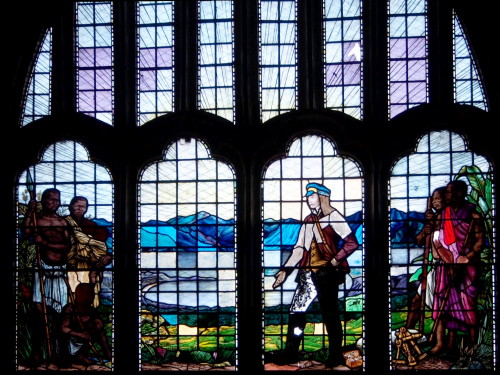 The – kind of bizarre – stained glass window in Livingstonia church. The guy in the middle is Livingstone. 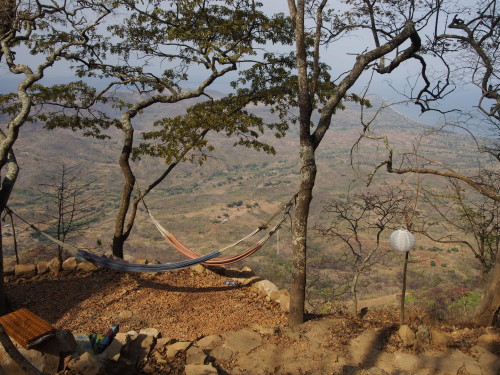 I spent the night at Mushroom Farm campsite. That’s an amazing place, mostly because of the great location right up there on the edge of the cliff. 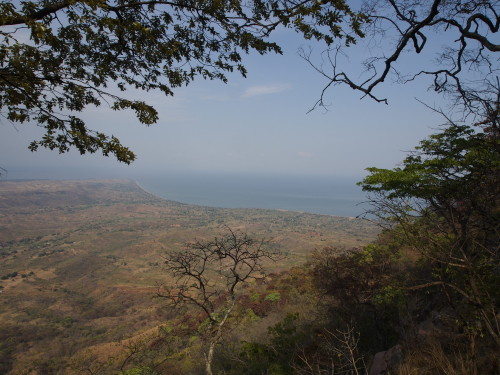 The Lake seen from Mushroom Farm. 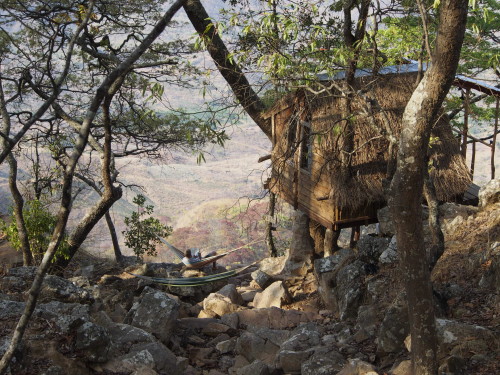 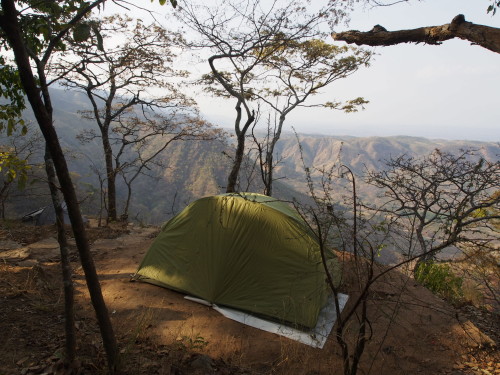 I brought my tent up there and this is where I spent the night. Imagine the sunrise over the lake seen from there. And you can watch it from the comfort of your own tent without even getting up :)