I met Simon again just before leaving Malawi. Or rather he found me and suddenly stood in my door after somebody had told him where I was staying.

The place we stayed at was funny. Founded by a guy from Denmark who died a few years ago it is now run by his very nice family. They actually assembled and sang for us to wish us a safe journey when we were ready to leave in the morning. 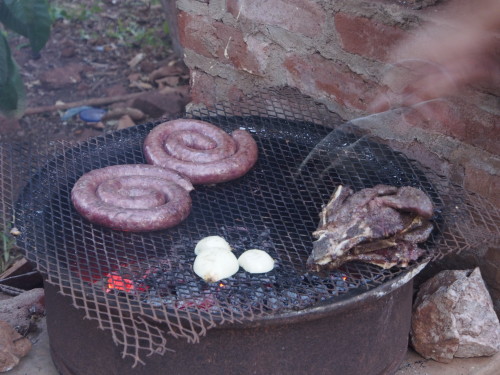 Having a nice Braai on the first evening in Zambia. I can’t believe I missed Boerewors the last time I was in South Africa, those are great. 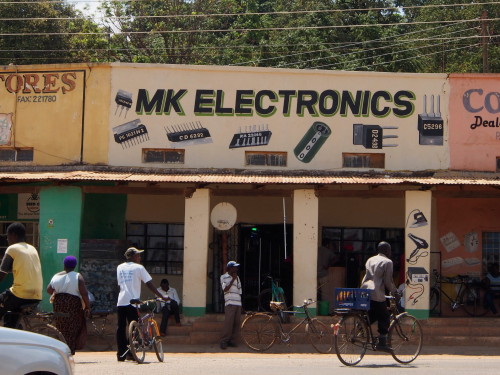 I needed a special kind of coin cell battery and had little hope to find it… But I was pleasantly surprised, this shop in Chipata has not only electronics components painted on the front, they actually do stock a pretty decent collection. And I did get my batteries there. 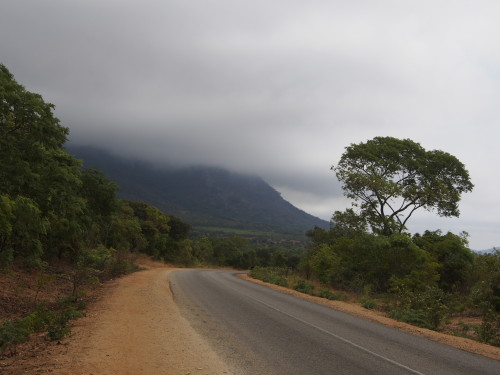 While Simon went up north to the South Luangwa National park I went straight for Lusaka on the Great Eastern Road. That’s quite an impressive name for a road ;) It’s the route from the Malawi border to the capital Lusaka, about 600 kilometers long. Most of it is quite good but there are some long stretches of road construction and that means inhaling lots of dust. It was very hot on all of the days I was on that route – except for one when the mountains suddenly disappeared in the clouds, it started to rain and strong gusts of crosswind almost blew me of the road. I waited one day for that to stop and after that it was all hot again. 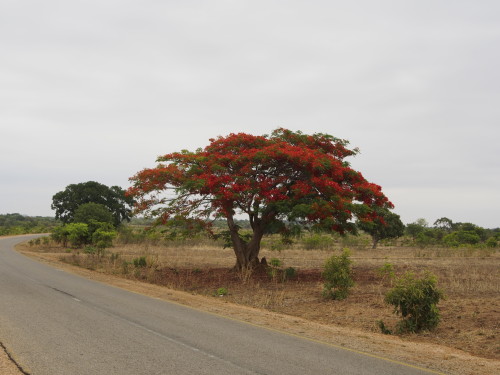 Colorful trees along the road… 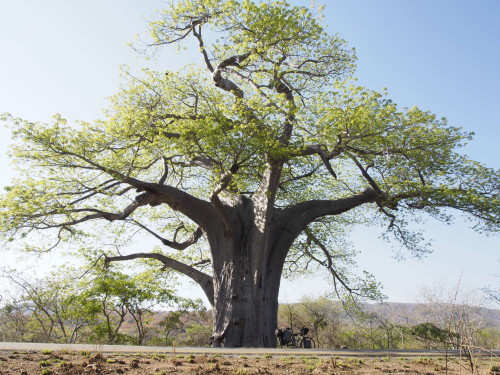 … and really big ones.

Many of the houses in the villages look really nice, having patterns in gray, brown and red painted on them. There’s still lots of children shouting at you passing through but I find it much less annoying than in Malawi. They usually shout “how are you?” instead of “give me money!” as they do in Malawi and sometimes they are actually happy, smile and stop when you greet them back (which they never do in Malawi, they just keep on shouting forever no matter what you do). I miss East Africa where people of all ages are usually nice and polite, not only the adults. 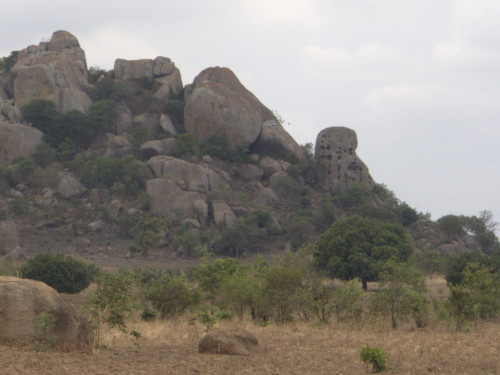 There are quite a few of these heaps of rocks. But I only saw this one with all the holes in it. I asked around but could not find out where those holes come from. 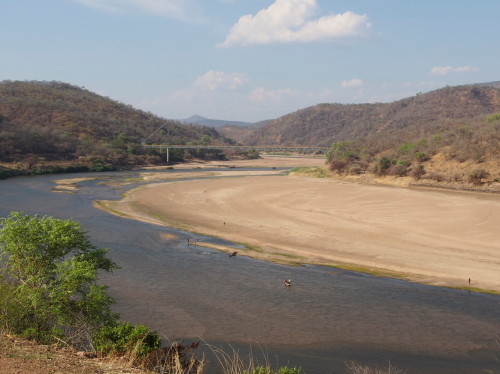 The bridge over the Luangwa river. 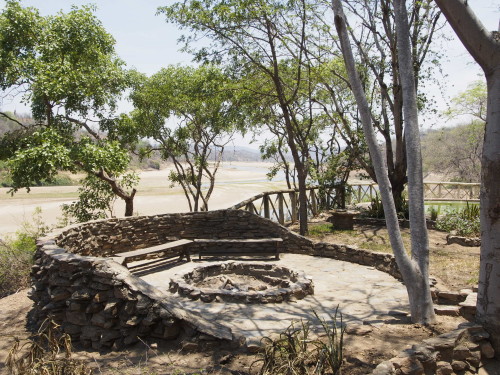 The fire place in the really nice campsite. 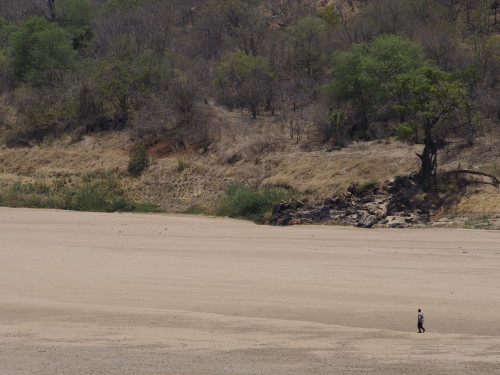 The river is pretty much dry at this time (end of the dry season), you see lots of people walking on the dry river bed. You have to be careful near the remaining water though, there’s crocs. 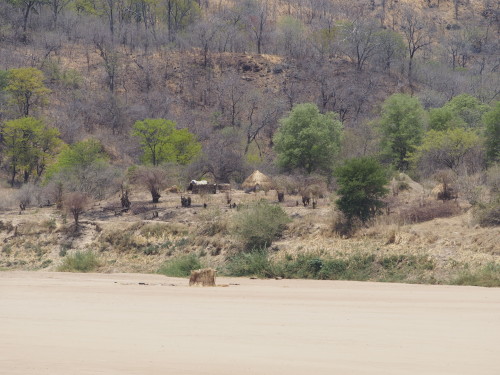 The river is also the border, that village on the other side is in Mozambique. 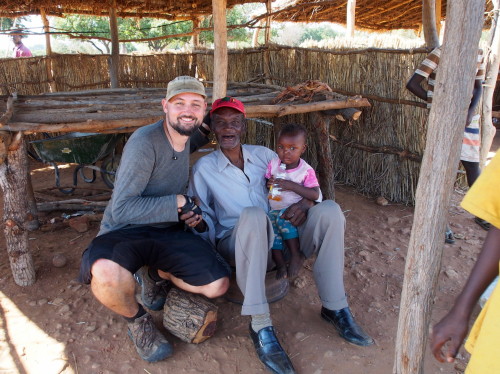 56 year old Christopher, a local farmer with the youngest of his 6 children. He was quite helpful in setting me up with everything I needed that day. 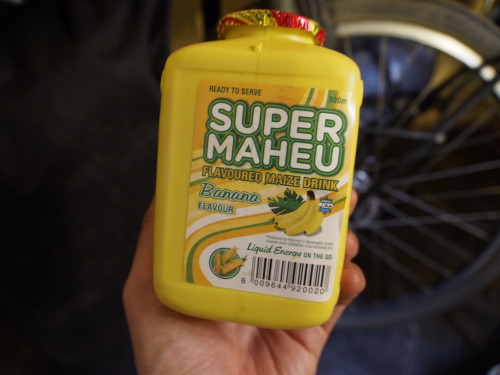 This stuff is really convenient to get some quick energy along the way. While this is industrially produced and with additional flavoring people also make the pure stuff locally. The only problem with that is that it’s usually not refrigerated and it tastes a lot better when cold.

Maheu is made from maize that is crushed, mixed with water and let to ferment which gives it a slightly sour taste. It’s the non-alcoholic variety, there’s also a lot of maize-beer (which I guess is made in a similar way) consumed here. 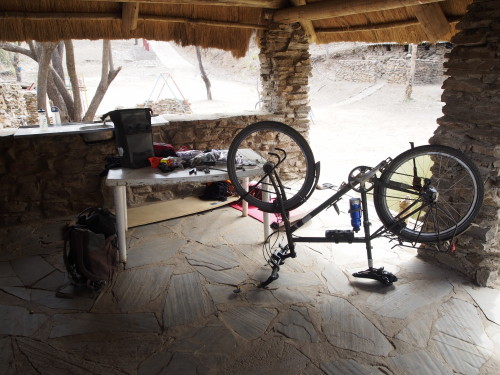 It was about time I reached Lusaka, I started getting some issues with the bike because of worn parts. I had to replace the chain (was about time, should have done it earlier) and just a few kilometers before arriving in Lusaka my rear tire fell apart with a huge cut in the side. I was lucky that the owners of the campsite I stayed at a few days ago passed by and gave me a lift and that I’ll be receiving a bunch of spare parts soon. 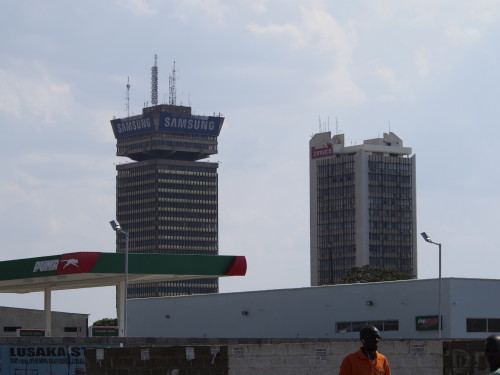 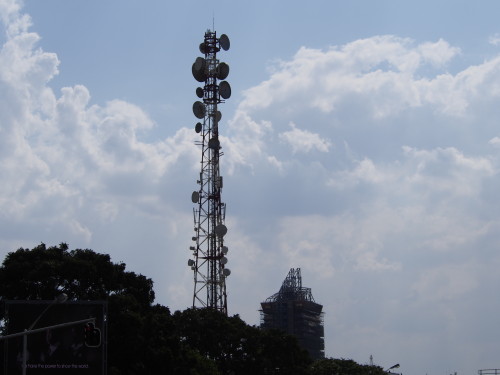