I had almost decided against going to Lake Kariba. It was a detour and when I arrived at the turnoff to Siavonga I was tired and had pretty much made up my mind to skip it, stay on the main road and be at the border soon. There’s usually a small village at road turnoffs like this as was in this case and I stopped and sat down to have a cold drink and some roasted goat. I was lucky to run into a really nice guy who gave me all the information about road conditions that I had been worried about and organized me a place to stay in that tiny village where I would not have expected to find something like a guesthouse.

So I stayed and did go to the lake the next day. Getting there still involved some cursing as is was incredibly hot and I struggled getting up the hill after my 4 week break from cycling but I was rewarded. Being off the main road usually means nicer places and villages to pass through which was the case her as well. So I ended up in Siavonga which is where I wrote the last post about the hippo visits.

And it got a lot better than that once I had crossed the border into Zimbabwe.

The last animal I saw in Zambia just before signing out at the immigration office was one of those I normally don’t like to see at all: a Cobra. But in this case it was at just the right distance, I could watch it crossing the road but it was still far enough to not pose any danger to me. It was quite impressive though when it was alarmed by some other guy who was closer than me and it got into it’s attack position. No pictures, it all happened to fast to get the camera out.

Then at the border another remarkable thing happened. At any border I have ever crossed in Africa you are approached by money changers. That is all nice and convenient but they can be quite persistent and any transaction usually starts with them quoting some ridiculously low exchange rate and it takes some bargaining to get a reasonable rate. Not this time though, the very first rate he quoted was quite acceptable. That was one very nice last impression from Zambia.

After Zambia immigration you pass the dam to get to the Zimbabwean side. Kariba is an artificial Lake, the dam was built in the 1960s and is really impressive. Both countries generate electricity here.

I ended up at a campsite and did not bother setting up my own tent as for a small surcharge you can rent one provided by them. Not only does that save the trouble of setting up your’s (and drying it before packing it up which is the most annoying part) but they are also quite big and comfortable and even have a solar panel for lighting and a real mattress to sleep on. And they are on a raised wooden platform which can be a big plus now in the rainy season. 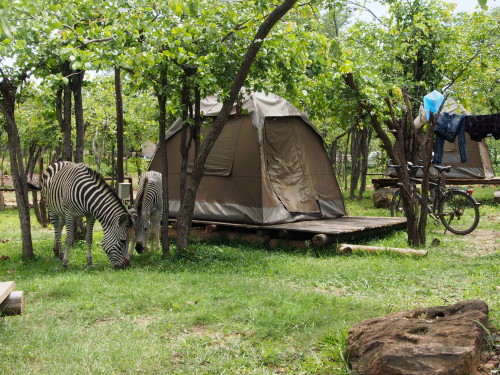 The next day I went into town to get some things and came back to this. A group of zebras was grazing around the tents. 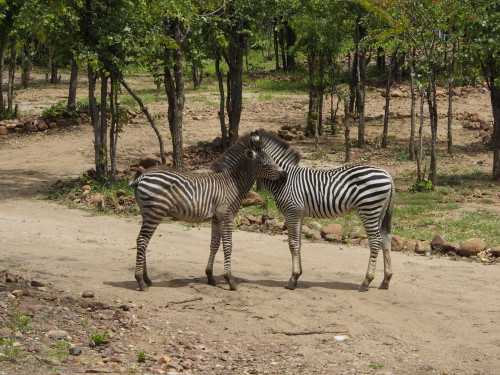 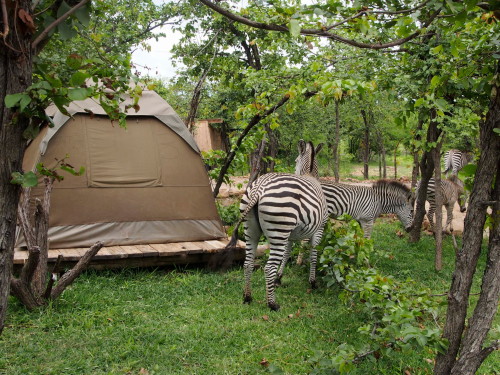 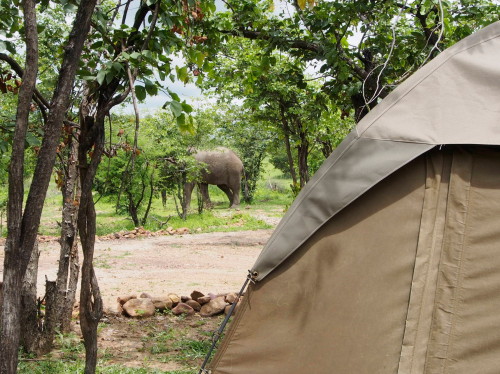 While I was still watching them I suddenly heard branches breaking and then saw this guy. 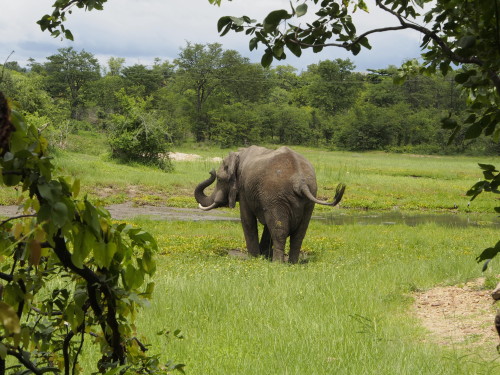 He took a mud bath in the small stream/swamp behind the campsite’s toilets. 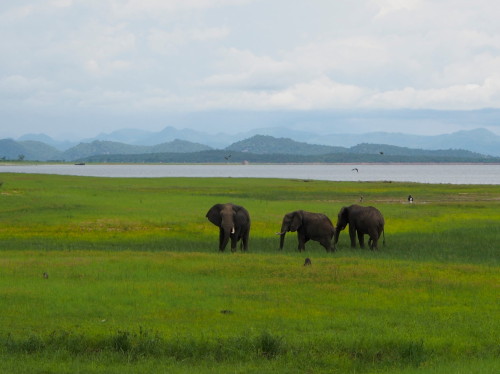 When he moved away from there towards the lake. I followed him while he joined the rest of the group. 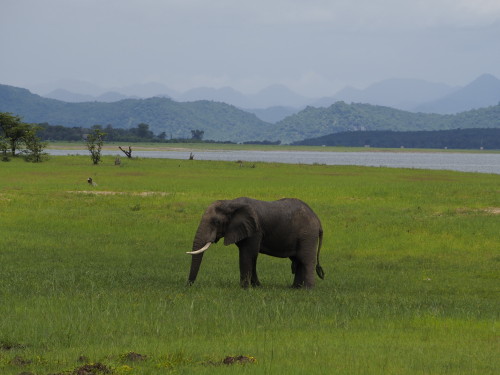 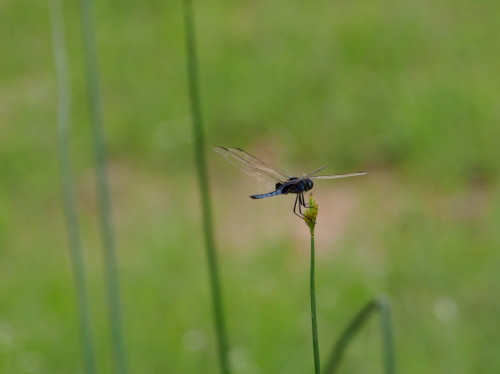 There’s not only big animals around. 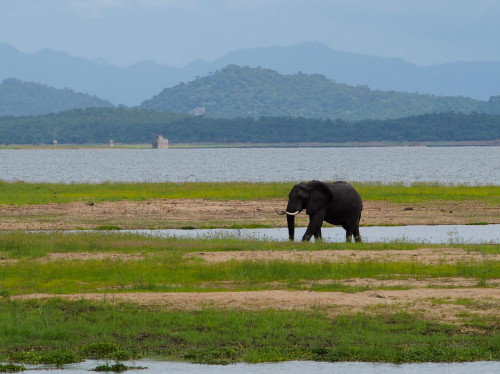 One of the Elephants after another bath, this time in the lake. 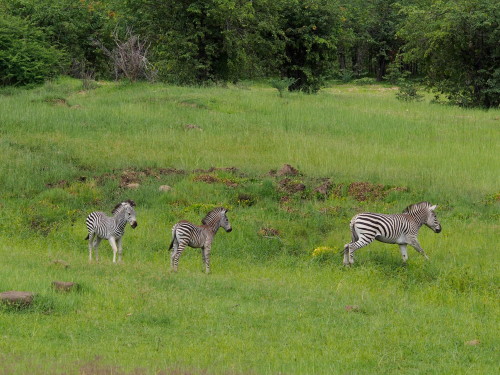 The Zebras are jumping over the small stream while leaving the campsite. 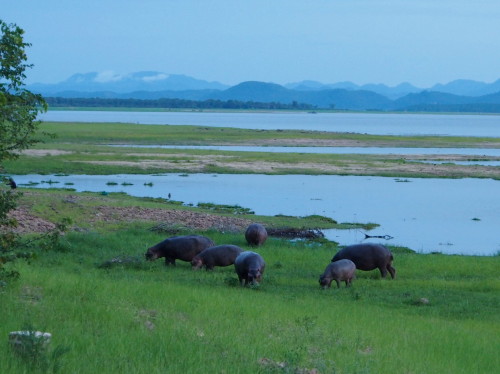 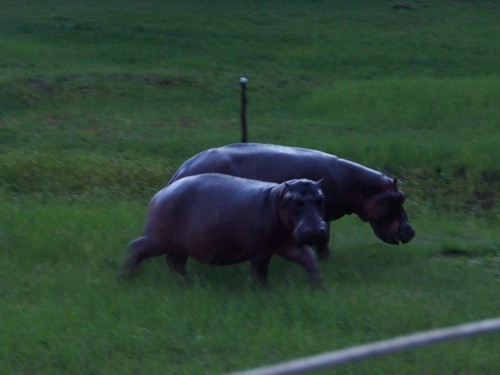