I went off the main road to see some of the ruins along the way. The dirt road was pretty bad (and it started to rain for the first time in a week as soon as I had left the tarmac) but it was well worth the effort. 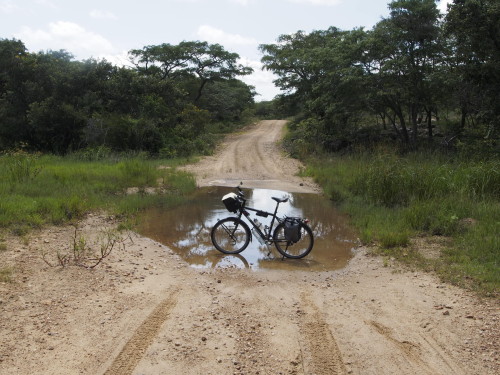 There were a few small streams to cross. This might look harmless but it’s actually knee-deep. 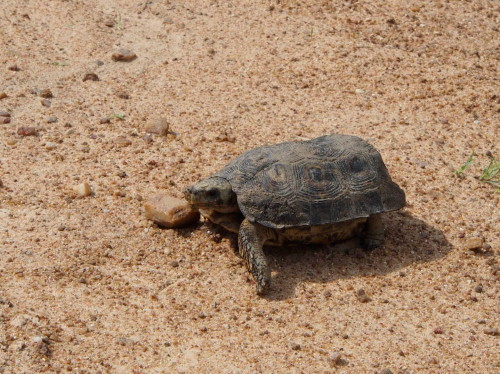 At least I am not the slowest one on the road. 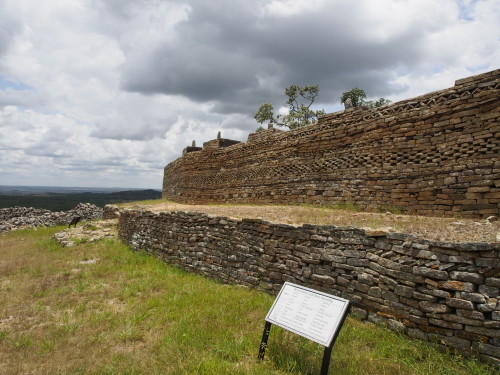 After climbing up the hill to Nalatale you can see the main wall with all the stone patterns it is famous for. 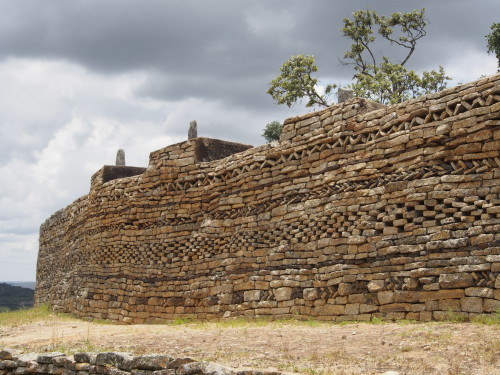 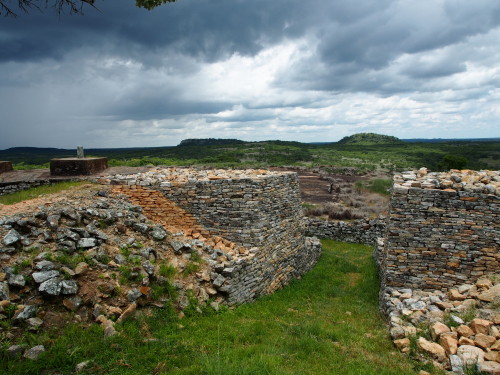 The entrance seen from inside. I had to rush a bit, as you can see there are heavy rain clouds and I was warned to be back before it started as lightning strikes are common on that open hilltop. 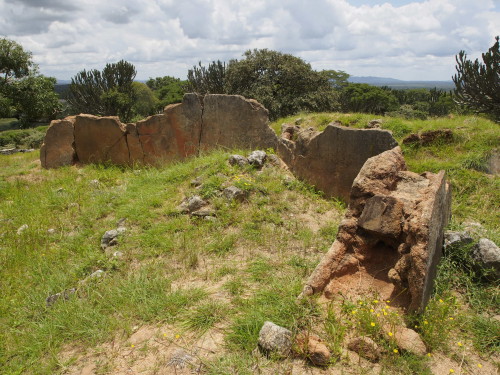 Inside the main walls are the remains of the houses. It is quite impressive that they can still be seen at all after several hundred years as they are built from mud and sand only. 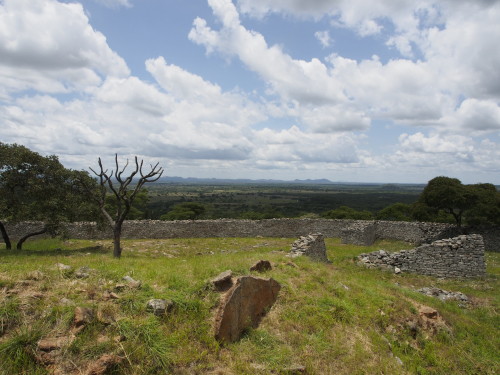 The location was obviously chosen because the place is easy to defend and you can see enemies approaching a long distance away. This was important as it was built by people who had been driven out of the Bulawayo area by tribes migrating up from the south.

I was staying at Jabunali Safaris (jabulanizimbabwe.com) as it was close to Nalatale and Biga ruins and it turned out to be a really nice place. 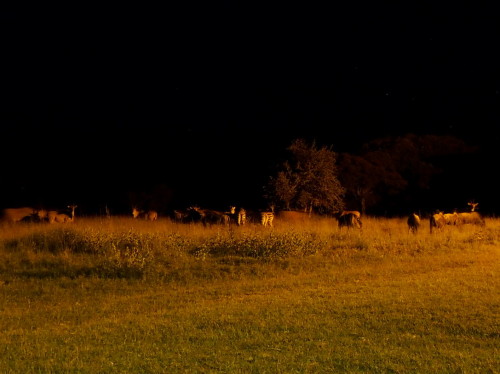 You can see Wildebeest, Zebra, Eland, Springbok and various animals and in the afternoon they came quite close to the camp. There was a less pleasant (but funny) visitor as well, a Bushpig helped me tear down the tent. Unfortunately it started doing that in the middle of the night. 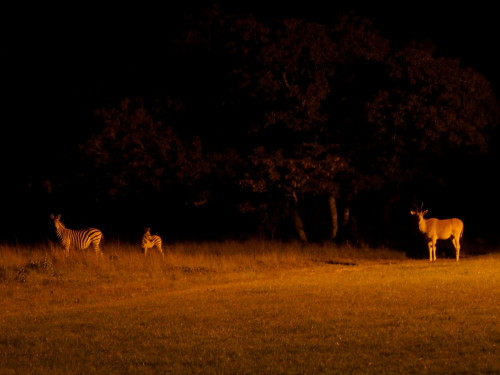 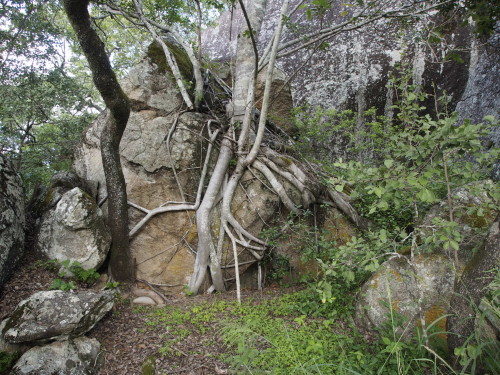 In the afternoon I was offered a drive to some of the other nearby places of interest. The area (this is actually part of a neighboring cattle farm) is quite amazing, like a forest straight out of a fairy tale. 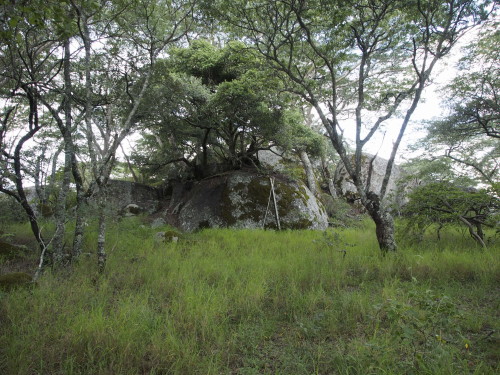 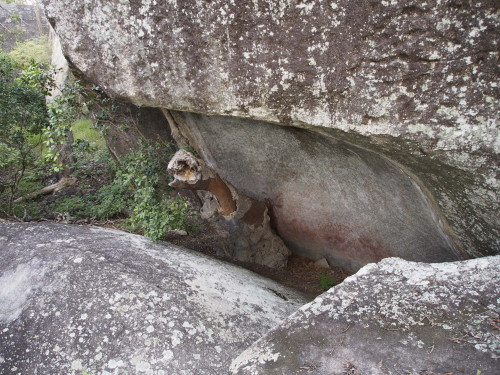 We first went to see some rock paintings hidden away under this overhang. 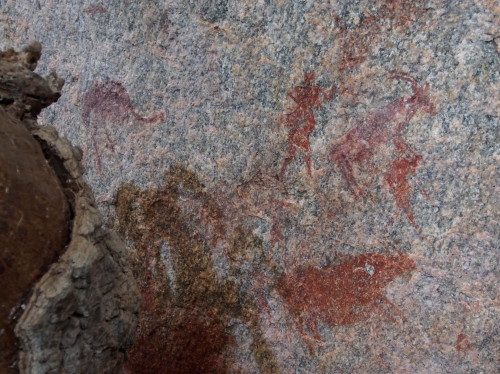 The paintings are a lot more detailed than the ones I saw last. Some are already washed away or faded by the sunlight and water running down the rocks but at least they are not vandalized like the last ones I visited. The paintings depict people, antelopes, warthogs… 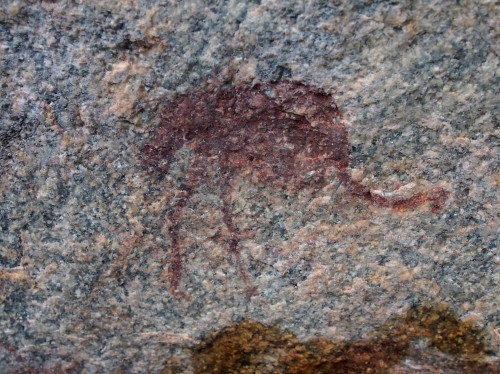 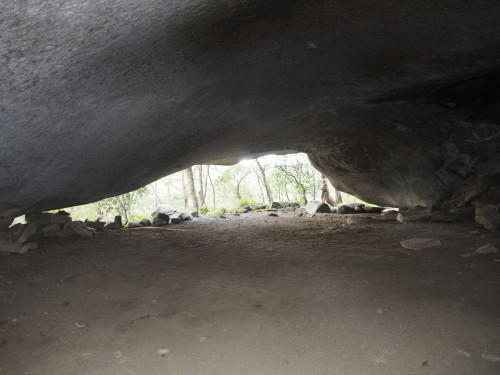 Next we went to see a cave. This is one of those places where pictures look pretty boring but it is quite the opposite when you are there. The cave is used up to this day for a yearly traditional dance ceremony asking for a fertile rainy season. After the rainy season some of the produce is deposited here to thank for the rains. 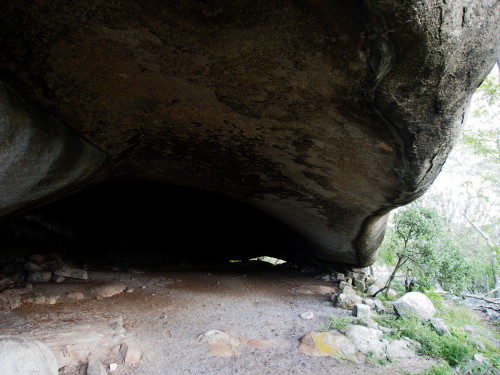 The cave has one spot in the middle with both a strong echo and probably another cavity below as it sound hollow when you step on it. Must be an impressive effect when the dance is performed here. The whole cave looks like one huge stone “umbrella”. It is one enormous granite rock with a concave bottom side that rests on only a few places. 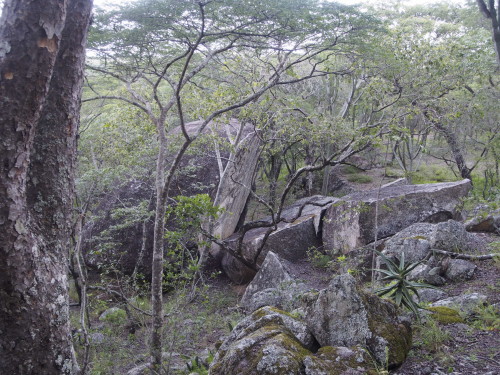 Other rocks nearby. This one has the top cleanly cut off. 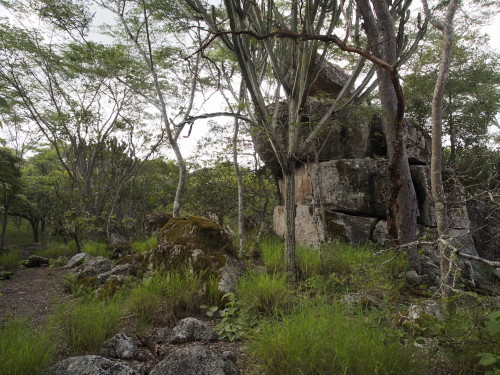 I’m in Bulawayo now. I’ll visit a few more places around here before I move on.