I had a great time in Bulawayo, it’s quite a pleasant town. Even the traffic is not too bad here for a town this size. They have quite a network of dedicated cycle paths, something I haven’t seen in a long time. Those are often not in a great shape but that hardly matters, the roads are so wide there’s still plenty of space for everyone. To quote my guidebook the streets “where built wide enough for a wagon with a full span of oxen (24 pairs) to perform a U-turn”.

I ended up camping at Southern Comfort Lodge (www.southerncomfortbyo.com), a quite lovely place with very friendly and helpful owners – highly recommended.

After getting some rest I went cycling to the nearby Khami ruins on a day trip. It’s the site that I wrote about in my last blog entry that the people of the Torwa state had to surrender to other incoming tribes and ended up in the Nalatale area that I visited last. The place is bigger and rather peasant to walk around. 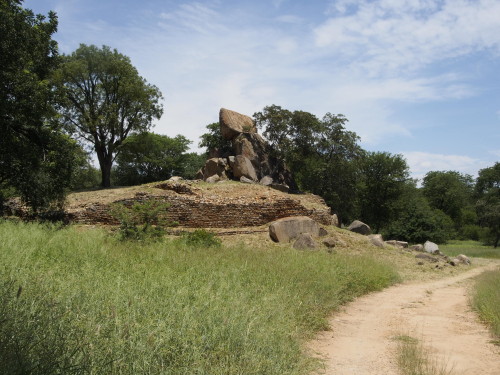 The first building when you enter the site. 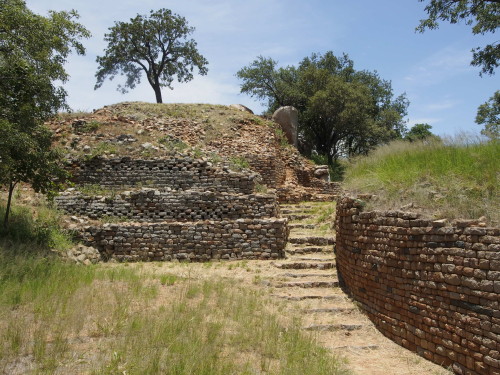 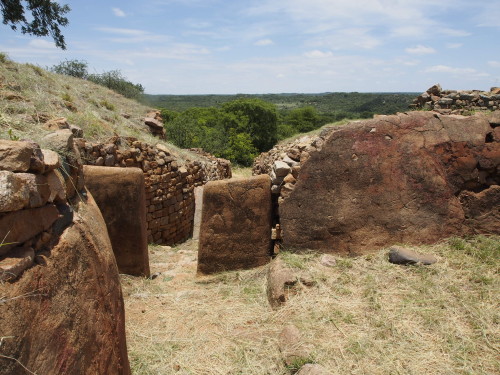 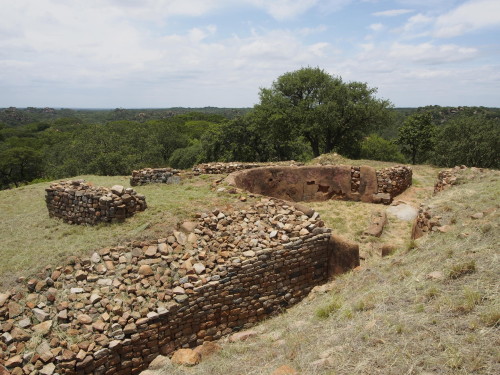 The remains of the “sunken house”. 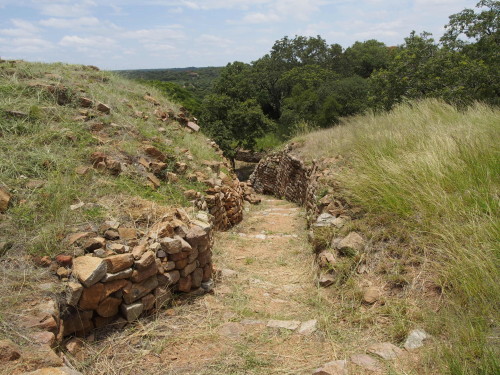 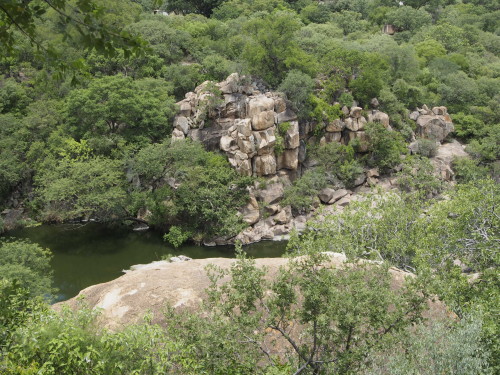 Most of the buildings are up on the hill overlooking the river. 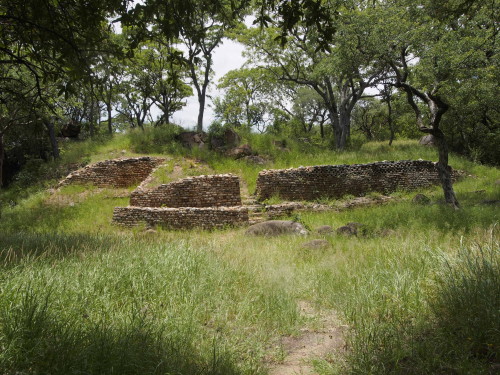 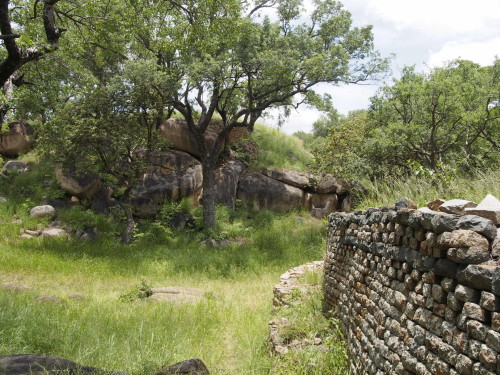 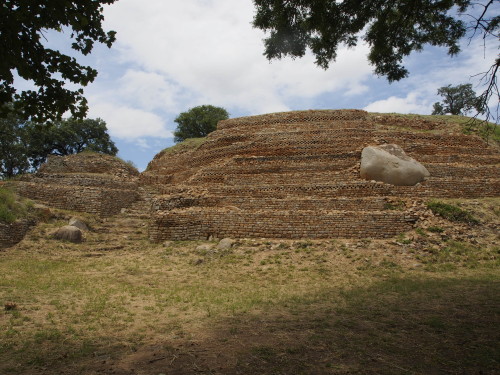 The main wall, quite beautifully restored. 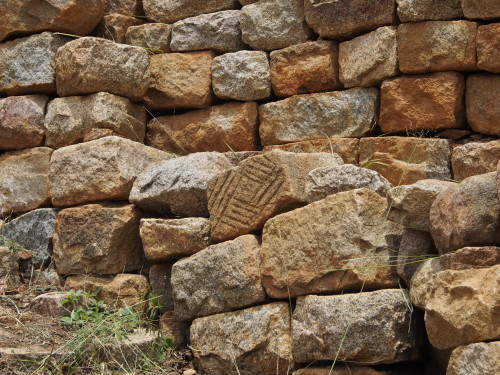 There’s quite a few small details to discover like this single ornament stones. 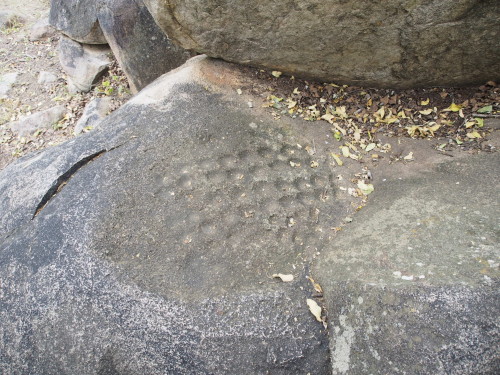 And a game board carved right into the rock.

I then set off for another visit to Victoria falls. First of all I wanted to see it with more water flowing than the last time and also you are supposed to get some quite different views from the Zimbabwean side. 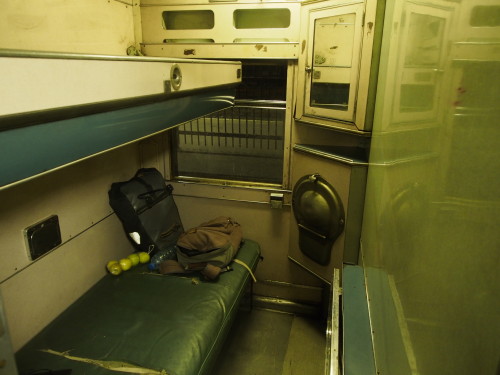 As I did not want to spent too much time cycling there I left the bike in Bulawayo and took the train. The train is actually quite comfortable and at 12 US$ for the first class with a bed quite cheap. But be prepared to spent at least 16 hours on that train one way (up to 22 hours sometimes according to other regular travelers). 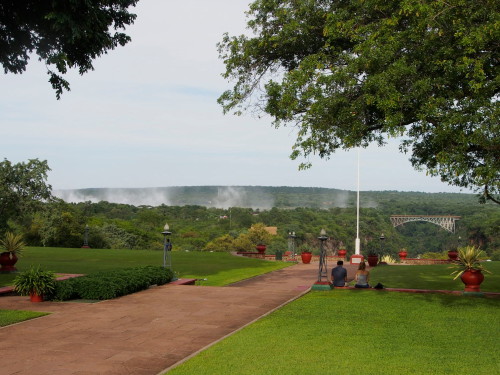 As I arrived later the next day than I had hoped I did not enter the national park around the falls as it’s 30$ per day. Instead I went to have tea at the Victoria Falls Hotel, the oldest one around. I did not stay there of course, that would have been way beyond my budget. You can already see the spray from the falls in the distance. 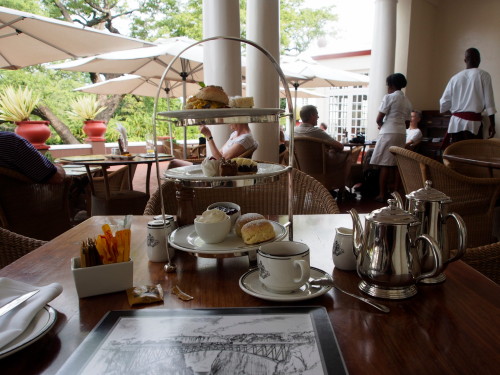 On that occasion I learned where the term “high tea” comes from ;) You get a tower of food. 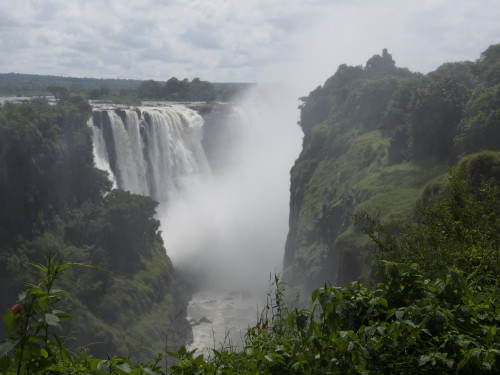 But of course I went so see the falls up close the next morning. 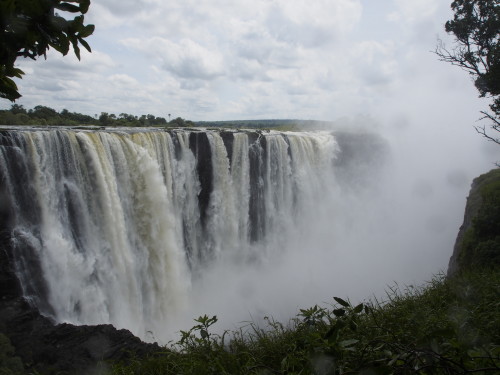 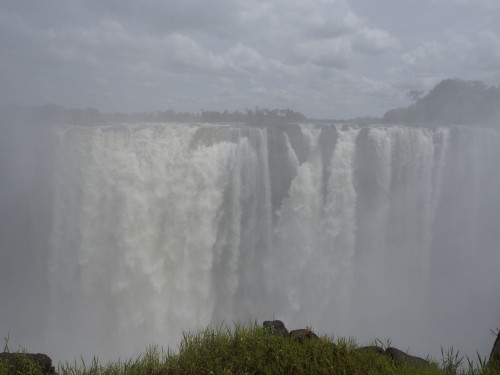 While this is still nowhere near the peak there’s a lot more water than the last time I’ve been here. And there’s a lot of spray to go with it. Towards the middle there’s thick mist that sometimes blocks off the view to the other side of the narrow gorge. But as soon as there’s some wind it is blown away and the falls suddenly appear again. 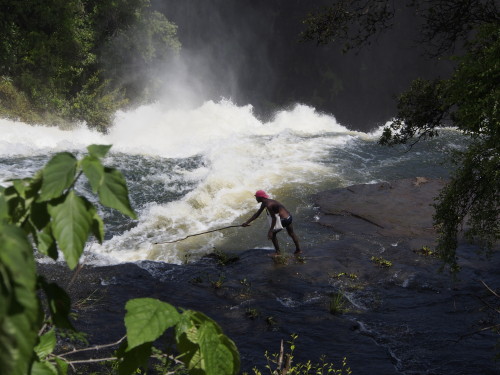 This guy is fishing at a quite dangerous spot. But it seems to be a good place, he was successful twice in the short time I was there watching him.

This is the place where he was standing from the other side. You better not slip there… 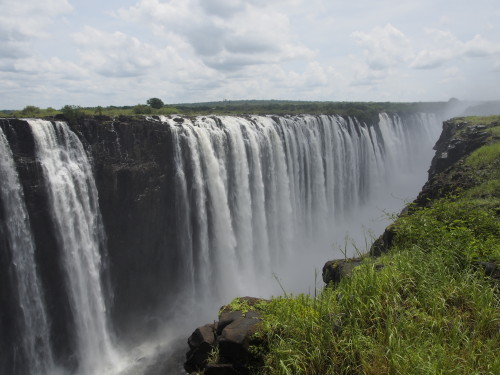 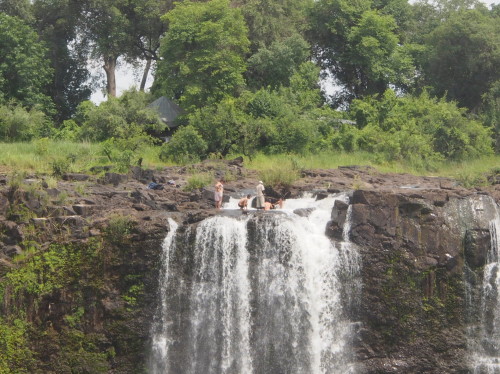 People on the Zambian side taking a dip in the pool right on the edge of the falls. 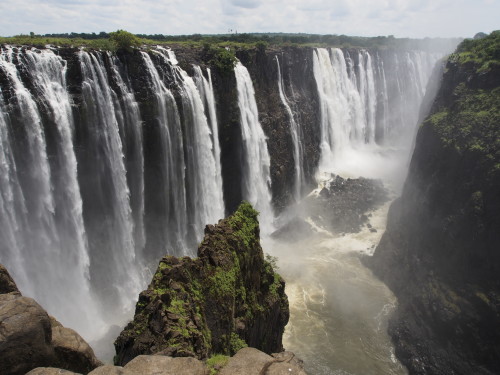 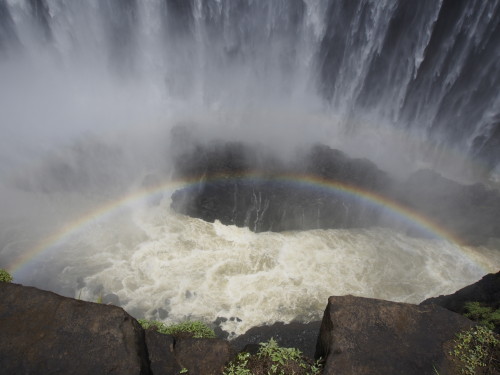 I’ve never seen that many rainbows before. 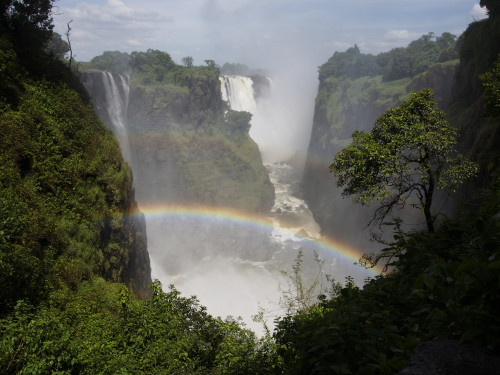 I left Bulawayo today and will spent tomorrow in the Matopos national park. After that I’ll head straight for the Botswana border.